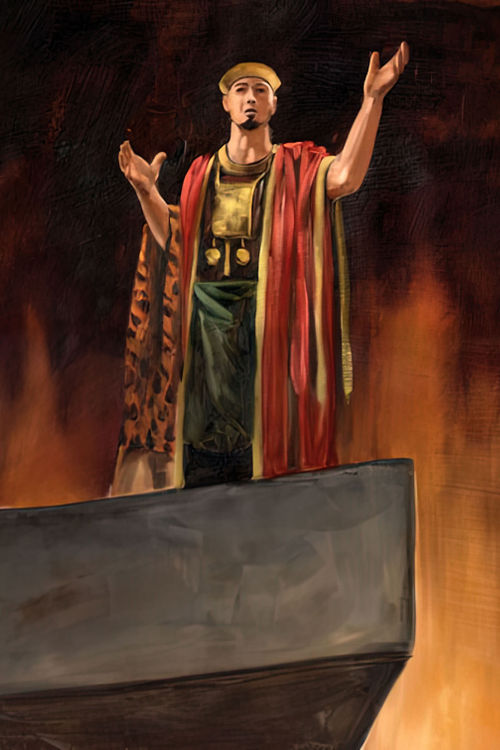 Zoram was a Nephite dissenter who led a group—called Zoramites—away from the Nephite mainstream and into a separate community called Antionum. Alma the high priest was distressed to learn that Zoram was teaching his people to pervert the ways of the Lord by bowing down before dumb idols. Therefore, Alma decided on a strategy for dealing with this challenge.

And now, as the preaching of the word had a great tendency to lead the people to do that which was just—yea, it had had more powerful effect upon the minds of the people than the sword, or anything else, which had happened unto them—therefore Alma thought it was expedient that they should try the virtue of the word of God.

Therefore he took Ammon, and Aaron, and Omner; and Himni he did leave in the church in Zarahemla; but the former three he took with him, and also Amulek and Zeezrom, who were at Melek; and he also took two of his sons.

Alma then went among the Zoramites in 74 BC with his companions and preached mighty sermons on faith and the Atonement. Not to be deterred, Zoram and his followers began a correspondence with the Lamanites to explore ways to further their evil designs.