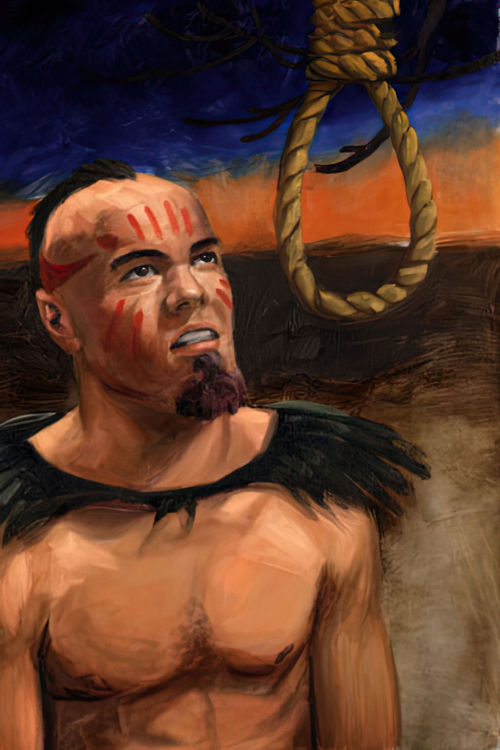 During the tenure of Lachoneus, chief judge and governor, and Gidgiddoni, commander of the Nephite army, the Gadianton robbers mounted a massive campaign in the period around AD 16 to AD 21 to take over all the Nephite territories. Lachoneus had prudently arranged for his people to gather to a sanctuary encompassing the cities of Zarahemla and Bountiful, with provisions sufficient to last approximately seven years. The Gadianton robbers came in force against the Nephite stronghold in the year AD 19 under the command of Giddianhi, but they were repelled after a fierce battle. The robbers were either slain or dispersed into the wilderness, and Giddianhi was killed. Zemnarihah became his successor. He attempted to besiege the capital, but the Nephite stronghold proved to be impregnable. Gidgiddoni and the Nephite military sent troops out at night to decimate Zemnarihah’s forces and prevent their escape. Those who were not slain were taken prisoner, and Zemnarihah was captured.

And their leader, Zemnarihah, was taken and hanged upon a tree, yea, even upon the top thereof until he was dead. And when they had hanged him until he was dead they did fell the tree to the earth, and did cry with a loud voice, saying:

May the Lord preserve his people in righteousness and in holiness of heart, that they may cause to be felled to the earth all who shall seek to slay them because of power and secret combinations, even as this man hath been felled to the earth.

Thereafter the people, renewed in their covenant commitments, gave thanks to the Lord for deliverance. The imprisoned Gadianton robbers were taught the gospel. Those who believed and forsook their sins and evil desires by covenant were liberated. The rest were punished under the law. That occurred around AD 21. “And thus they did put an end to all those wicked, and secret, and abominable combinations, in the which there was so much wickedness, and so many murders committed”.