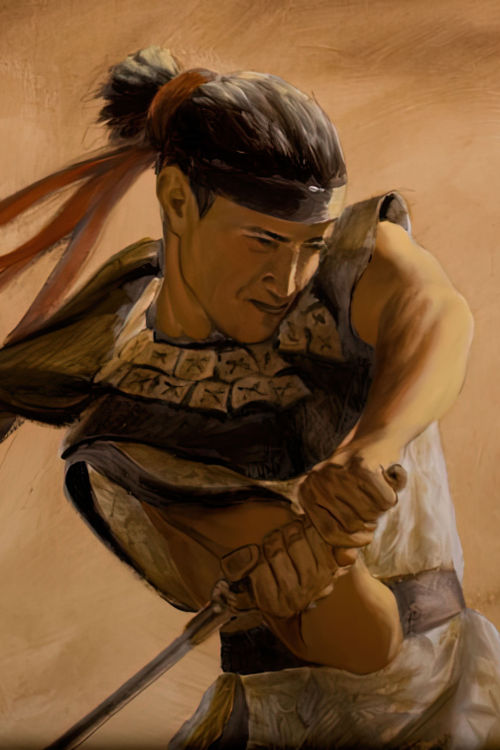 The tenure of Captain Moroni, commander of the Nephite forces from around 74 BC until his retirement a short time before his death in 56 BC, was defined by extraordinary leadership—not only of Moroni himself, but also of principled men such as Helaman, leader of the stripling warriors, and generals like Lehi and Teancum. Around 67 BC, Moroni placed Teancum in charge of quelling a rebellion between two Nephite groups, one led by a dissenter named Morianton. Soon thereafter, Teancum engaged the forces of the Lamanite army under Amalickiah, a Nephite dissenter, and killed him one night in his battle tent. Teancum was also instrumental in helping to regain the city of Mulek around 64 BC. Toward the end of Moroni’s career, Teancum and Lehi were placed in charge of the Nephite forces in battle while Moroni marched on Zarahemla to retake the city and restore the deposed Pahoran to the governorship.

The final act of Teancum’s distinguished military career involved Ammoron. According to Teancum’s judgment, the burden of responsibility for the destruction caused by the Lamanites during the lengthy conflict from around 74 BC to 56 BC could be laid at the feet of just two Lamanite generals. “He considered that Ammoron, and Amalickiah his brother, had been the cause of this great and lasting war between them and the Lamanites, which had been the cause of so much war and bloodshed, yea, and so much famine”. For that reason, around 60 BC, Teancum stole into Ammoron’s tent one night and thrust a javelin near his heart , just as he had done to his predecessor, Amalickiah. Unfortunately, the king alerted his guards, and they killed Teancum.