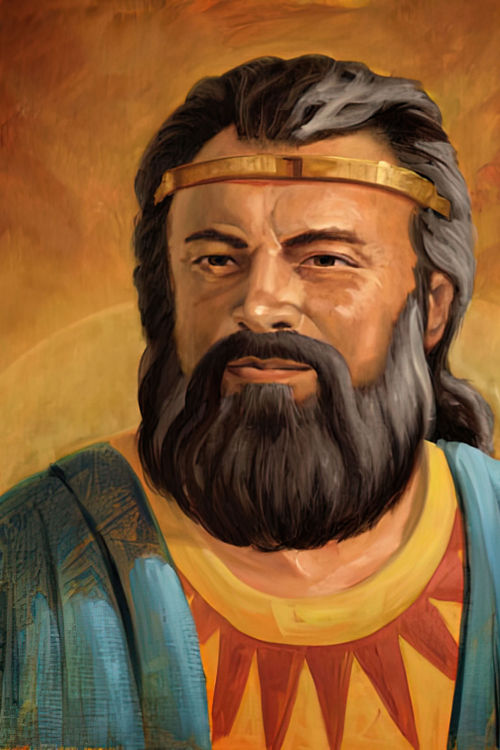 Pahoran succeeded his father, Nephihah, as chief judge and governor in Zarahemla around 67 BC. He did so “with an oath and sacred ordinance to judge righteously, and to keep the peace and the freedom of the people, and to grant unto them their sacred privileges to worship the Lord their God, yea, to support and maintain the cause of God all his days, and to bring the wicked to justice according to their crime”. Pahoran lived up to his solemn oath of office in all respects throughout his sixteen-year tenure, having worked with Moroni, commander of Nephite forces, to restore peace to the land in the wake of a rebellion by the “king-men” —people seeking to overthrow the democratic government of the land in favor of a kingdom allied with the Lamanite forces.

Pahoran is perhaps best known for his correspondence and relationship with Moroni, who at one point in the military campaign accused him of disloyalty and misuse of funds for not sending vitally needed men and supplies to bolster the campaign against the enemy.

And now, except ye do repent of that which ye have done, and begin to be up and doing, and send forth food and men unto us, and also unto Helaman, that he may support those parts of our country which he has regained, and that we may also recover the remainder of our possessions in these parts, behold it will be expedient that we contend no more with the Lamanites until we have first cleansed our inward vessel, yea, even the great head of our government....

Behold, I wait for assistance from you; and, except ye do administer unto our relief, behold, I come unto you, even in the land of Zarahemla, and smite you with the sword, insomuch that ye can have no more power to impede the progress of this people in the cause of our freedom.

What Moroni did not know was that Pahoran had been deposed by traitorous rebels in the capital and forced to flee for his life. In his response to Moroni, around 62 BC, Pahoran wrote, “Behold, I say unto you, Moroni, that I do not joy in your great afflictions, yea, it grieves my soul. But behold, there are those who do joy in your afflictions, yea, insomuch that they have risen up in rebellion against me, and also those of my people who are freemen, yea, and those who have risen up are exceedingly numerous”. He then assured Moroni that he was doing all in his power to recruit the forces needed to recover the capital from those who had appointed a king and established an alliance with the Lamanites. Pahoran concluded with forgiveness and understanding.

And now, in your epistle you have censured me, but it mattereth not; I am not angry, but do rejoice in the greatness of your heart. I, Pahoran, do not seek for power, save only to retain my judgment-seat that I may preserve the rights and the liberty of my people. My soul standeth fast in that liberty in the which God hath made us free.

After receiving the epistle, Moroni hastened to the aid of Pahoran. The two powerful leaders then collaborated in a major campaign, lasting about two years, to rid the capital of the “king-men,” repel the invading Lamanites, and restore peace and order to the land once again. Thus, Pahoran was able to return to his judgment seat, Moroni retired to his home in peace, and Helaman, leader of the 2,000 stripling warriors, returned to the task of regulating the affairs of the Church in the land for a short while until his death.

History: Pahoran was the third chief judge following the reign of Mosiah, the last of the Nephite kings. The first judge was Alma the Younger, who was succeeded by Pahoran’s father, Nephihah. Pahoran’s tenure lasted from around 67 BC until his death around 52 BC, when he was succeeded by his son, also named Pahoran.