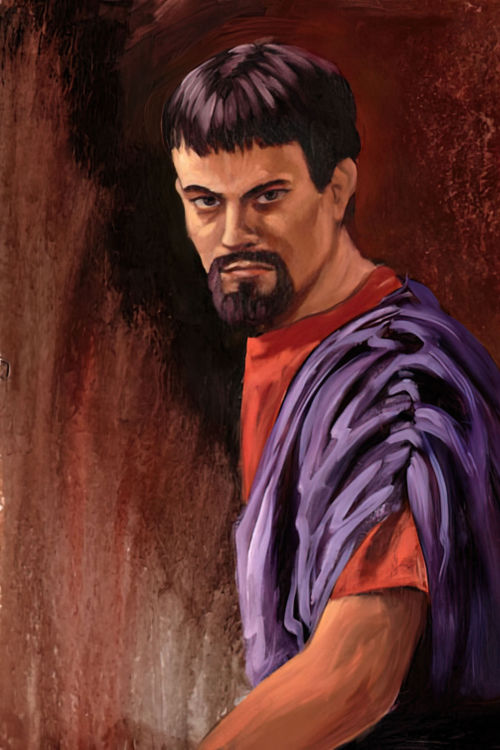 Upon the death of Pahoran, chief judge of the Nephites, in the year 52 BC, a heated debate arose in the land concerning who should be his successor. The three contenders for the judgment seat were Pahoran’s sons: Pahoran II, Paanchi, and Pacumeni. Pahoran II was voted into office by the voice of the people. Pacumeni agreed with the democratic outcome, but Paanchi and his followers were furious not to have prevailed. He was about to incite a rebellion when he was arrested, tried under the law, and condemned to death, “for he had raised up in rebellion and sought to destroy the liberty of the people”. However, his followers contracted with one Kishkumen to assassinate Pahoran. Pacumeni was then installed as chief judge and governor. Kishkumen and his collaborator, Gadianton, laid the foundation for the secret works of darkness that were to flourish over the next period of time.