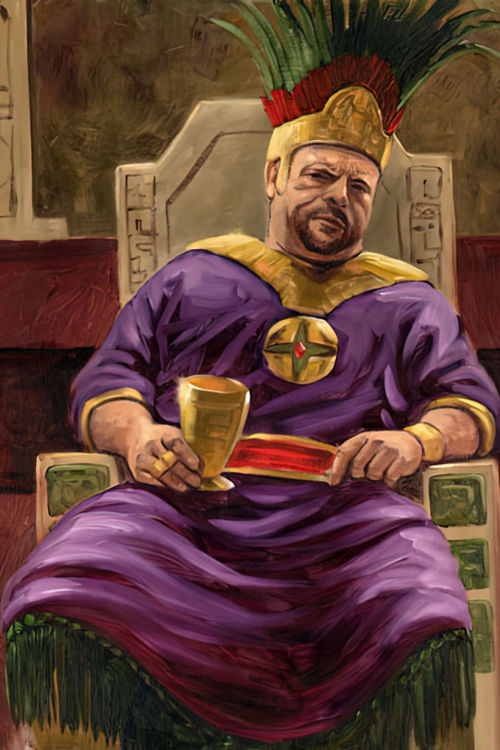 Noah was the son of Corihor during the early period of Jaredite history. The case of Noah is a good example of the complex family interrelationships and shifting leadership patterns of the Jaredite nation The grandson of Jared, founder of the Jaredite nation, was Kib, the son of Orihah. Kib had a son by the name of Corihor who rebelled against his father and imprisoned him. In captivity Kib had a son by the name of Shule who came against his older brother Corihor and regained the kingdom for his father, Kib. Out of gratitude, Kib then bestowed the kingdom upon Shule, who received the penitent Corihor back into the leadership circle. Corihor had many sons and daughters, one of whom was Noah. Noah rebelled against his father, Corihor, and also against his uncle Shule and thereby gained dominion over a part of the kingdom. Next, Noah took Shule captive and planned to execute him when Shule’s sons crept by night into Noah’s house and slew him. They then returned Shule to his throne. Noah’s son, Cohor, continued to reign over part of the kingdom, while Shule reigned over the rest. Cohor then rose up against Shule to become monarch of the entire land, but Shule defeated him in battle and slew him. Cohor’s son, Nimrod, then relinquished Cohor’s dominion to Shule, who supported the ministry of the prophets of his time and reigned in peace and righteousness all his days (see Ether 7).