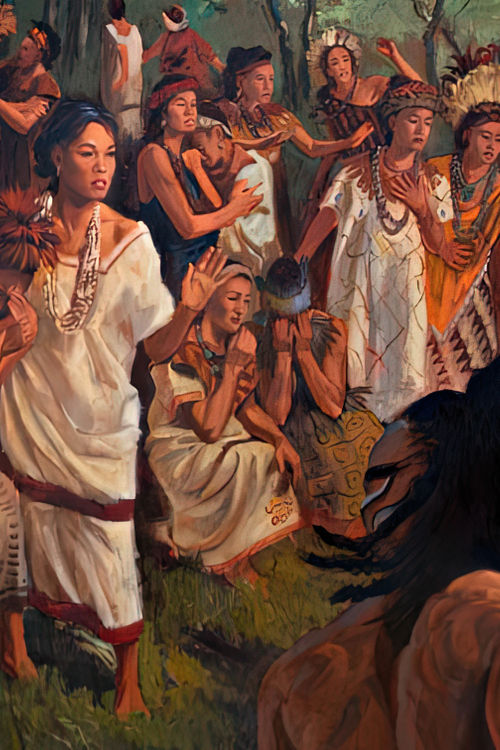 Following the death of King Noah, leader of the Nephite colony among the Lamanites, his son Limhi took over the throne around 145 BC as a tributary monarch, under obligation to the Lamanites. Relationships were tense and became even worse when the priests of King Noah, having fled into the wilderness to escape the attacking Lamanites, abducted twenty-four Lamanite young women who had gathered together, as was their custom, “to sing, and to dance, and to make themselves merry”. The Lamanites, assuming that Limhi’s people were responsible, came against them with a vengeance. Limhi was able to persuade the Lamanite king that in all likelihood the priests of Noah were guilty. Pacified for a time, the Lamanites soon increased their oppression of the small Nephite colony. Limhi, with the help of a search party that had arrived from Zarahemla under the leadership of a man called Ammon, was able to escape and return to Zarahemla around 121 BC. Meanwhile, Alma the Elder, who had established a productive settlement with his followers in the land of Helam, was discovered by a Lamanite army. The army had earlier come across the wandering priests of Noah, with their twenty-four Lamanite wives, and had yielded to the pleadings of the wives to spare the lives of their Nephite husbands. The leader of the priests was a man named Amulon, whom the Lamanites put in charge of guarding and oppressing Alma and his followers.