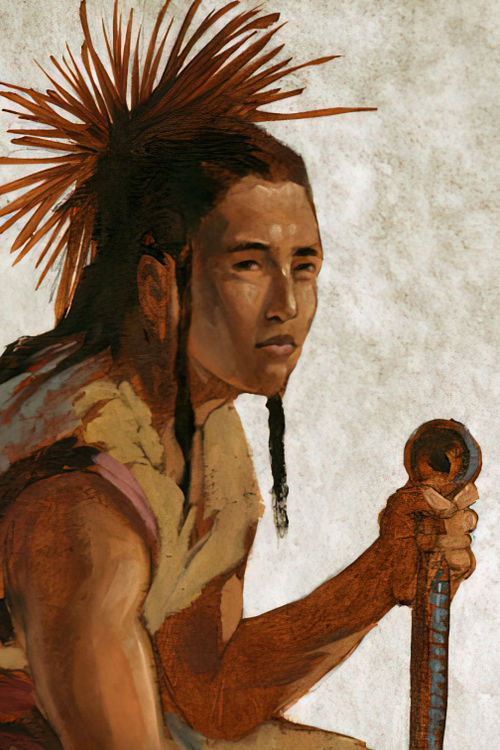 Laman, son of Laman, succeeded his father around 178 BC when Zeniff’s Nephite colony among the Lamanites was at its peak of prosperity. Eventually Laman came up against the colonists to do battle, but Zeniff and his people, “putting their trust in the Lord” , repelled him and drove his forces out of Nephite territory. The aging Zeniff had conferred the kingdom upon his son, Noah, around 160 BC. But Noah’s wickedness had cast the people into a state of bondage and oppression at the hands of their Lamanite hosts. With the death of Noah, the people conferred the kingdom upon his son, Limhi, around 145 BC.

Limhi, a righteous king, ruled a number of years during which the people constantly feared Lamanite attack or retribution—fueled initially by Lamanite anger over the abduction of a group of their maidens by the wayward priests of King Noah. Laman brought his forces against the colony of Limhi, determined to totally destroy the Nephites. During the battle, the colonists “began to drive the Lamanites before them; yet they were not half so numerous as the Lamanites. But they fought for their lives, and for their wives, and for their children; therefore they exerted themselves and like dragons did they fight”. The king of the Lamanites, wounded in battle, was left for dead by his fleeing forces. The Nephites bound up his wounds and brought him before Limhi, who was able to pacify him with the information that the wicked priests of Noah were the likely kidnappers of the young Lamanite women. The king then said, “Let us go forth to meet my people, without arms; and I swear unto you with an oath that my people shall not slay thy people”. The two sides then returned in peace to their own lands.