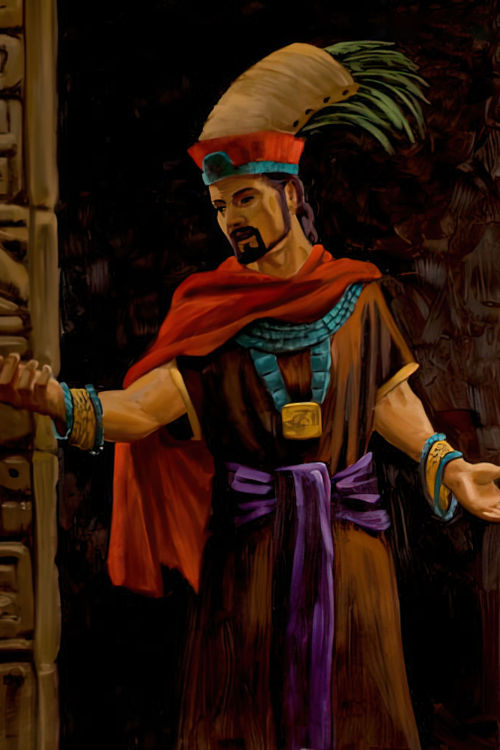 At a time of relative peace in the land of Zarahemla during the ministry of Alma the Younger, a radical dissenter by the name of Korihor came into the land around 74 BC, preaching against the prophecies about the coming Messiah. Through the intercession of the prophet Alma, Korihor was silenced in efforts to thwart the work of God.

History: In place of divine guidance, Korihor preached that “every man fared in this life according to the management of the creature; therefore every man prospered according to his genius, and that every man conquered according to his strength; and whatsoever a man did was no crime”. Such blasphemies—including the lie that the priests of the Lord were holding the people in bondage for their own monetary gain—caused the authorities to haul Korihor before Alma, the chief judge and governor over the land. With a prophetic testimony of Christ, Alma countered Korihor’s claims. But Korihor remained unconvinced and requested that Alma give him a sign to the contrary. Therefore, Alma, in the name of God, struck Korihor dumb, that he could no longer lead the people astray. Korihor then wrote out a message renouncing his anti-Christian teachings. Confessing that he had always known there was a God, he shifted blame to the devil—who had allegedly appeared to him “in the form of an angel” to fill him with a message of hatred. When Korihor begged for relief from the curse, Alma denied it, perceiving that he would soon return to his wicked ways. Korihor was then cast adrift to beg for his food from house to house until he was eventually killed by the Zoramites. Those who had been led astray by his words were soon persuaded to return to the fold of the Lord—“lest the same judgments would come unto them”.