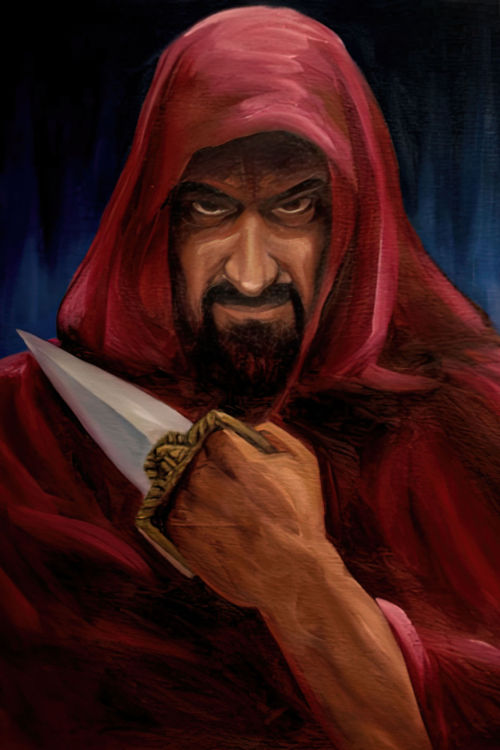 The era of Captain Moroni—which included Helaman the high priest and leader of the stripling warriors, Pahoran the chief judge and governor in Zarahemla, and other defenders of liberty—ended in a period of peace in the land around the middle of the first century BC. That peace was soon interrupted when Pahoran died and a conflict erupted concerning which of his sons—Pahoran, Paanchi, or Pacumeni—should succeed him. When the people elected Pahoran, Paanchi revolted and was condemned to death under the law for attempting to destroy the liberty of the people. But his faction “sent forth one Kishkumen, even to the judgment-seat of Pahoran, and murdered Pahoran as he sat upon the judgment-seat”.

Kishkumen fled from the forces of Pahoran and went to his illicit sponsors, with whom he entered into a covenant, “swearing by their everlasting Maker” to keep the conspiracy secret. Since Kishkumen had acted in disguise, he was not known among the people. Therefore, “Kishkumen and his band, who had covenanted with him, did mingle themselves among the people, in a manner that they all could not be found; but as many as were found were condemned unto death”.

Meanwhile, in 51 BC, the Lamanites under Coriantumr staged a major invasion of the land and took over the capital city of Zarahemla, killing the successor judge, Pacumeni. The Nephite generals Moronihah. Helaman immediately sent forth officers to capture the band, but they had fled into the wilderness and could not be found.