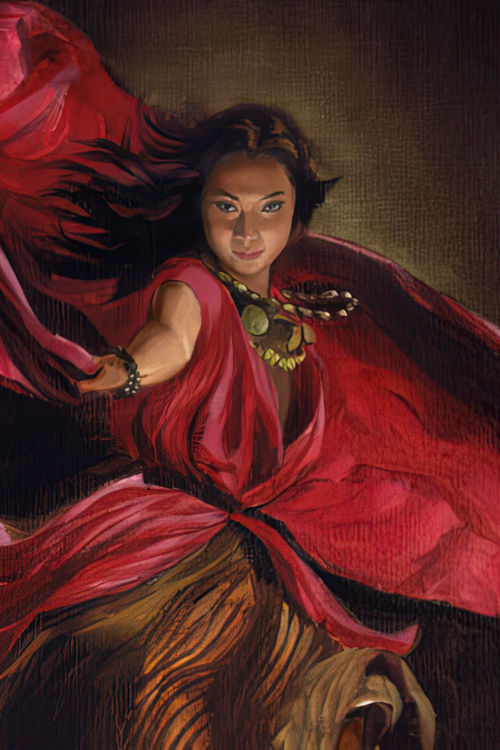 Jared, the son of Omer, one of the early Jaredite kings, seized the kingdom away from his father, whom he cast into prison. However, Jared’s brothers, Esrom and Coriantumr, later displaced Jared and took back the kingdom on behalf of Omer. In response, Jared’s daughter devised a scheme to reinstate her father. Being “exceedingly fair” , she danced before Akish, one of Omer’s influential colleagues, with the intent of seducing him with her beauty so that he would want her for his wife. Her fundamental plan, as she explained to Jared, was to reinstate the secret combinations described in the “record which our fathers brought across the great deep”. Akish was beguiled, and the secret combinations inspired by Satan were reintroduced. Akish brought an assault against Omer, who, forewarned of the Lord, fled with his family to safety. And Jared regained the throne, ruling for a short time until Akish murdered him upon his throne. Jared’s daughter was not heard of again.