Brother of Nephi, prophet and historian 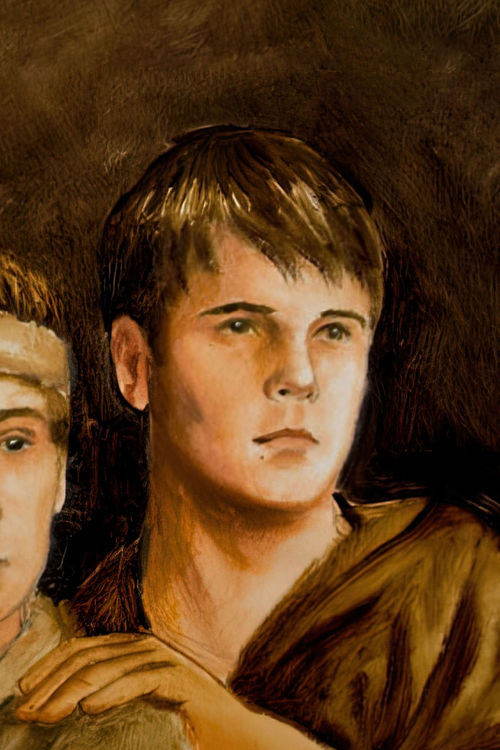 Jacob, successor to Nephi as the leader of the Nephites, is counted among the greatest of the doctrinal analysts and preachers in the Book of Mormon. Having been born, like his younger brother Joseph, during Lehi’s journey through the wilderness, Jacob lived the life of a wanderer and stranger. At the end of his days, Jacob reminisced that “the time passed away with us, and also our lives passed away like as it were unto us a dream, we being a lonesome and a solemn people, wanderers, cast out from Jerusalem, born in tribulation, in a wilderness, and hated of our brethren, which caused wars and contentions; wherefore, we did mourn out our days”.

Despite his hardships, Jacob found strength through the Lord. Even when he followed Nephi and the other faithful descendants of Lehi away from the wicked influence of Laman and Lemuel to start a new life, he found reason to rejoice: “And it came to pass that we lived after the manner of happiness”. In his discourses and writings, Jacob recounts mankind’s journey from the foundation of time to the ultimate judgment and bestowal of heavenly rewards. Although adversity and trial play a significant role in his narrations, Jacob always returns to the hope of salvation centered in Christ. His discourse about the plan of happiness and the ministry of the Redeemer in Second Nephi, chapters 9–10, is one of his most well-known examples.

The theme of the gathering is especially evident in Jacob’s writings. He reviews the grand promises of the Lord for ultimate joy as expressed in the prophetic writings of Isaiah. With Isaiah, Jacob reaffirms that joy and happiness result from being gathered with the elect into the fold of God. “Therefore, the redeemed of the Lord shall return, and come with singing unto Zion; and everlasting joy and holiness shall be upon their heads; and they shall obtain gladness and joy; sorrow and mourning shall flee away”.

History: Jacob was born in the wilderness not long after Lehi obeyed the Lord by fleeing from Jerusalem in 600 BC with his wife, Sariah, and his children. On the long ocean voyage, when Lehi’s two oldest sons, Laman and Lemuel, relentlessly persecuted Nephi and demeaned their parents, the very youngest children, including Jacob, felt the effects of their brothers’ wickedness. “And Jacob and Joseph also, being young, having need of much nourishment, were grieved because of the afflictions of their mother; and also my wife with her tears and prayers, and also my children, did not soften the hearts of my brethren that they would loose me”. But in their new homeland, Jacob was given a blessing and wise counsel by his father concerning “the merits, and mercy, and grace of the Holy Messiah, who layeth down his life according to the flesh, and taketh it again by the power of the Spirit, that he may bring to pass the resurrection of the dead, being the first that should rise”. Upon this gospel foundation, Jacob built his lifelong ministry. His father knew of Jacob’s innate goodness, reminding him that “thou hast beheld in thy youth his [the Redeemer’s] glory; wherefore, thou art blessed even as they unto whom he shall minister in the flesh; for the Spirit is the same, yesterday, today, and forever. And the way is prepared from the fall of man, and salvation is free”.

Following Lehi’s death, Jacob accompanied Nephi to safety away from his rebellious older brothers. In 544 BC, Jacob was instructed by Nephi on how to add important information to the plates on which a history of the people was preserved. Both Jacob and Joseph were consecrated by Nephi to be priests and teachers of the people.

In fulfilling his office, Jacob witnessed angels and beheld the Redeemer. He was nourished by the Spirit continually. He was faithful in keeping the sacred account on the plates of Nephi. He taught humility and morality to his fellow Saints. Toward the end of his ministry, he confounded the anti-Christ Sherem with a powerful testimony of the Savior and thus restored unity to the land. “And it came to pass that peace and the love of God was restored again among the people; and they searched the scriptures, and hearkened no more to the words of this wicked man”.