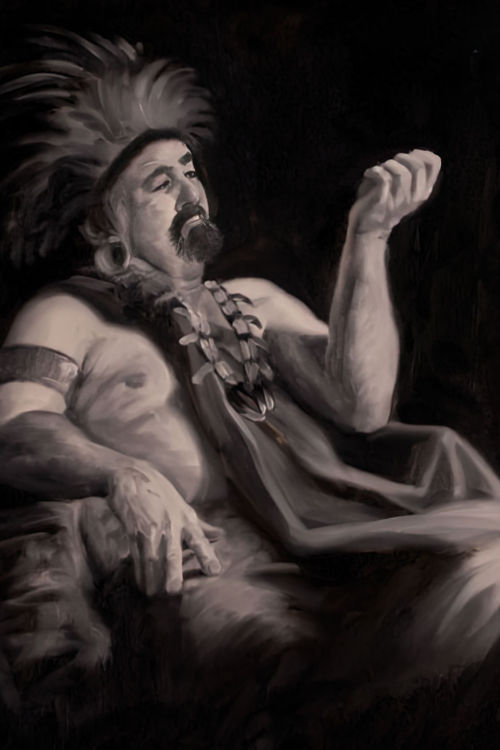 Giddianhi was the leader of the Gadianton robbers following the birth of the Savior. The people began to lapse into their prideful and wicked ways, forgetting the signs and wonders given at Jesus’ birth in fulfillment of the prophecies of Samuel the Lamanite. Concurrently, the Gadianton robbers emerged as a growing threat, requiring the people to take defensive measures to protect their families and their rights. The Nephites had some success, driving the robbers “back out of their lands into the mountains and into their secret places” , but no permanent solution had been found.

In the year AD 16, Giddianhi sent an unusual epistle to Lachoneus, chief judge and governor over the land. After heaping hypocritical flattery upon Lachoneus for his nobility and firmness “in maintaining that which ye suppose to be your right and your liberty” , Giddianhi then demanded, “Yield up unto this my people, your cities, your lands, and your possessions” or “become extinct”. He defined “yield yourself up unto us” in terms that were meant to be favorable: “unite with us and become acquainted with our secret works, and become our brethren that ye may be like unto us—not our slaves, but our brethren and partners of all our substance”. Giddianhi set a deadline for action—one month.

Lachoneus was a man of God whose leadership reflected an understanding of what it means to act in the strength of the Lord. He sent a proclamation throughout the land that the people should. The Nephite army under a chief captain named Gidgiddoni, who was also a person of great spiritual strength, took all precautions to strengthen the defenses of the land.

True to their word, in the year AD 18 the Gadianton robbers began to occupy the cities that the Nephites had abandoned in their strategy of gathering. But there were no flocks, herds, or substance to plunder for their subsistence since the Nephites had removed all that was of value. The robbers were left to seek provisions in the wilderness, where resources were becoming scarce. Left with no other choice, they came against the powerful gathering place of the Nephites, having decorated themselves in a terrifying manner. The people of the gathering cried to the Lord for protection, giving the Gadiantons a sense of victory. “But in this thing they were disappointed, for the Nephites did not fear them; but they did fear their God and did supplicate him for protection; therefore, when the armies of Giddianhi did rush upon them they were prepared to meet them; yea, in the strength of the Lord they did receive them”. An immense conflict ensued, “and great and terrible was the battle thereof, yea, great and terrible was the slaughter thereof, insomuch that there never was known so great a slaughter among all the people of Lehi since he left Jerusalem”. The robbers were either slain or dispersed into the wilderness, and Giddianhi was killed.

Not long afterwards, Giddianhi’s successor, Zemnarihah, brought the remainder of the robber army back to besiege Zarahemla. However, the gathered Nephites had sufficient provisions to outlast any siege, and they sent out forays against Zemnarihah’s army, decimating the enemy forces and preventing their escape. Those who were not slain were taken prisoner.