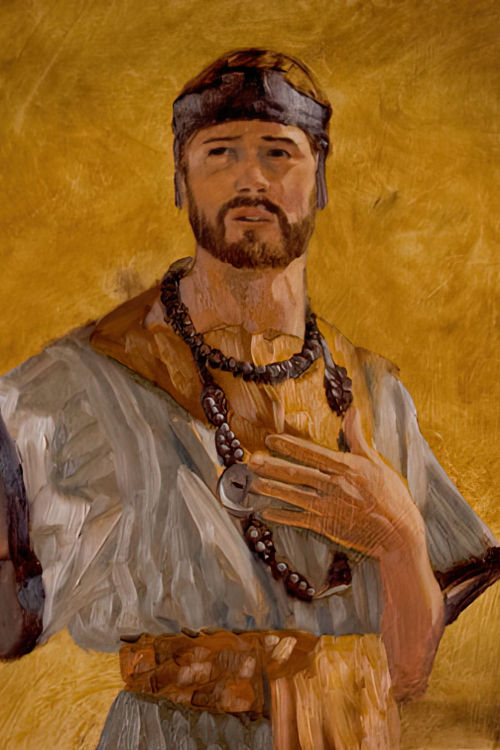 Amulek was Alma’s companion during much of his traveling to preach to the Nephites. Amulek taught many lessons with power and authority: (1) that prayer is a force for good (“But it is by the prayers of the righteous that ye are spared”—Alma 10:23); (2) that the Lord will not come to redeem the people “in their sins, but to redeem them from their sins” (Hel. 5:10; Alma 11:33–37); (3) that the Lord’s people should follow the Spirit in all things (“for I shall say nothing which is contrary to the Spirit of the Lord”—Alma 11:22); (4) that the resurrection is a certainty (“and even there shall not so much as a hair of their heads be lost; but every thing shall be restored to its perfect frame”—Alma 11:44); and (5) that the infinite Atonement is essential for the salvation of mankind (“And behold, this is the whole meaning of the law, every whit pointing to that great and last sacrifice; and that great and last sacrifice will be the Son of God, yea, infinite and eternal—Alma 34:14).

History: Amulek was a prominent citizen of the city of Ammonihah—a place where “Satan had gotten great hold upon the hearts of the people”. When Alma took his ministry there around 82 BC, he was rejected by the people and left. But an angel of the Lord commanded him to return once again, having prepared the way through the appointment of a second witness. That witness was Amulek, a wealthy man who responded to the call of God.

Amulek received Alma into his home and cared for him. The two then went forth to declare repentance again unto the people, who were “astonished, seeing there was more than one witness who testified of the things whereof they were accused, and also of the things which were to come, according to the spirit of prophecy which was in them”. Amulek assisted Alma in confounding the lawyer Zeezrom through inspiration. When Alma and Amulek were reviled and cast into prison, they were delivered by the hand of the Lord. “For the Lord had granted unto them power, according to their faith which was in Christ”. Alma and Amulek were commanded by the Lord to leave the city to its fate.

Several years later, the Lamanites descended upon Ammonihah. “Yea, every living soul of the Ammonihahites was destroyed, and also their great city, which they said God could not destroy, because of its greatness. But behold, in one day it was left desolate; and the carcases were mangled by dogs and wild beasts of the wilderness”.