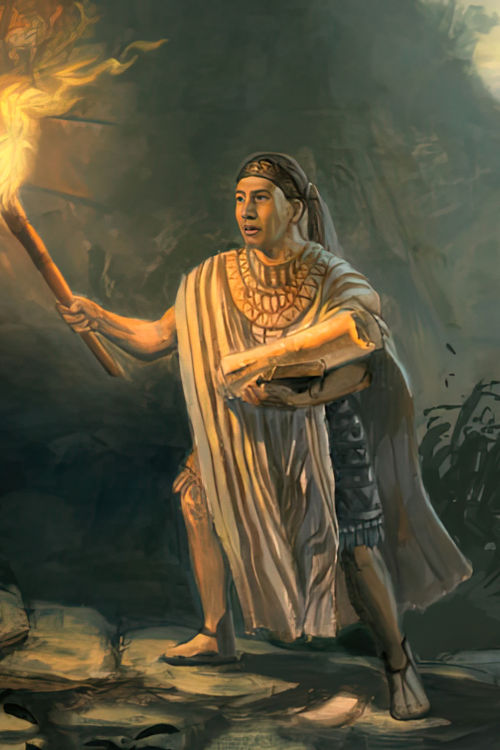 Ammaron was the record-keeper of the Nephite records just before Mormon. He was the brother of Amos, who was the son of Amos, who was the son of Nephi, who was most likely the son of Nephi, the first of the original disciples of Jesus Christ. Ammaron received the commission to preserve the records around AD 306—at a time when the Gadianton robbers had taken over the entire land “and there were none that were righteous save it were the disciples of Jesus”. Around AD 321, Ammaron concluded his assignment.

And it came to pass that when three hundred and twenty years had passed away, Ammaron, being constrained by the Holy Ghost, did hide up the records which were sacred—yea, even all the sacred records which had been handed down from generation to generation, which were sacred—even until the three hundred and twentieth year from the coming of Christ.

And he did hide them up unto the Lord, that they might come again unto the remnant of the house of Jacob, according to the prophecies and the promises of the Lord. And thus is the end of the record of Ammaron.

Shortly after Ammaron hid up the plates, he went to young Mormon, around ten years old at the time, and spoke to him.

I perceive that thou art a sober child, and art quick to observe;

Mormon accepted Ammaron’s charge and carried on the work of Ammaron and his preceding curators with diligence.