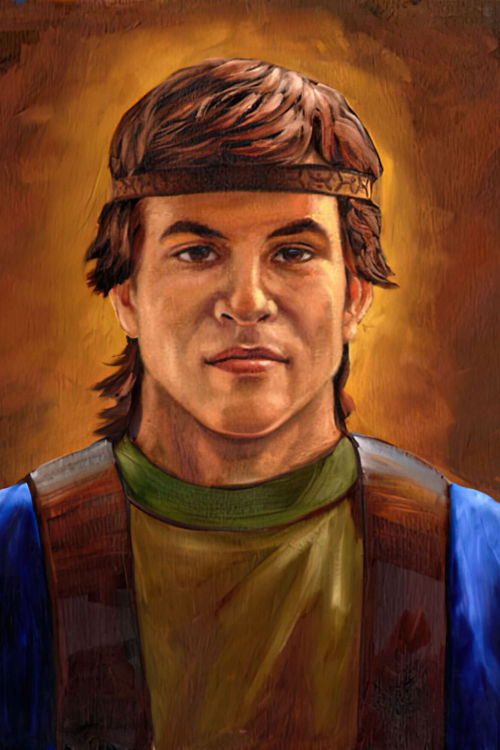 Along with the Apostle Paul, Alma is one of the best-known teachers of faith among God’s prophets. His stirring teachings on faith to the ostracized Zoramites continue to instruct the honest at heart. He declared, “And now as I said concerning faith—faith is not to have a perfect knowledge of things; therefore if ye have faith ye hope for things which are not seen, which are true”. He then proceeded to unfold to the people a remarkable analogy between faith and the planting and cultivating of a seed—which sprouts and evolves, through faithful devotion, until it becomes “a tree springing up unto everlasting life”.

History: Alma was the son of Alma the Elder. Like the sons of King Mosiah, young Alma was initially “numbered among the unbelievers” and “the very vilest of sinners”. But the Lord had an important calling for him and the sons of Mosiah. When a heavenly messenger intervened and brought about their spiritual transformation and subsequently delegated his judgment office to another, that he “might go forth among his people, or among the people of Nephi, that he might preach the word of God unto them, to stir them up in remembrance of their duty, and that he might pull down, by the word of God, all the pride and craftiness and all the contentions which were among his people, seeing no way that he might reclaim them save it were in bearing down in pure testimony against them”.

Alma reformed the Church in Zarahemla and then traveled about to other cities in the region to preach the gospel of Jesus Christ. In the city of Ammonihah around 82 BC, however, Alma was rejected outright and forced to abandon his mission. An angel of the Lord intervened and commanded him to return to the city, so he returned “speedily” and was met by Amulek, whom the angel had commissioned to receive the prophet. The two delivered powerful sermons on faith, repentance, and the Atonement to the hard-hearted citizens and warned them of the impending destruction of the city, but they were again rejected by the local leadership, including the lawyer Zeezrom. Alma and Amulek were constrained by the Spirit to remain silent during the martyrdom of many believers. They were then cast into prison to suffer for days until they were liberated through the power of God. Zeezrom was converted and returned with them to Zarahemla.

Alma’s ministry thereafter consisted of a long sequence of achievements, including making arrangements for the safety and settlement of the Anti-Nephi-Lehies, confounding the sign-seeking anti-Christ Korihor, preaching in the regions round about, and providing remarkable counsel and blessings for his sons. Shortly thereafter, Alma set off for the land Melek but was never heard of again, presumably being translated like Moses.