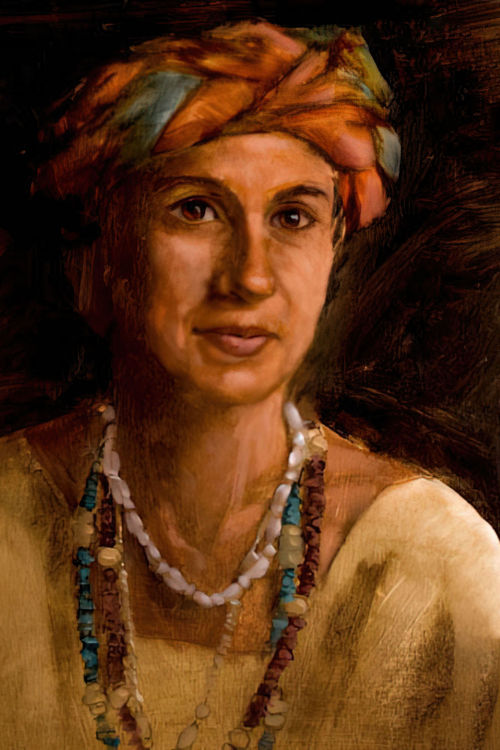 When Ammon, the son of Mosiah, brought the gospel message to King Lamoni and his people in the land of Ishmael around 90 BC, the blessings of the Spirit overpowered all members of the household—“save it were one of the Lamanitish women, whose name was Abish, she having been converted unto the Lord for many years, on account of a remarkable vision of her father”. The details of her father’s vision are not related, only that it brought about her conversion to the Lord. She had kept this fact a secret among her people, but after observing the Spirit upon her queen, the king, Ammon, and the servants, she decided to inform the people of her conversion and the miracle taking place. Being touched with the Spirit, she desired to share the feelings of her heart.

Abish’s testimony and call to gather had unexpected results. The crowds argued about the reasons behind the event. Some claimed that the Nephite visitor had poorly influenced the king. Others were angry at Ammon for having slain some of their brethren who had earlier scattered the king’s flocks. One of these vandals attempted to slay Ammon but was struck dead by the Lord. Still others proclaimed that Ammon was “the Great Spirit” or that he was sent “by the Great Spirit” because of the iniquities of the Lamanites.

Seeing the dissension she had caused, Abish was full of sorrow.

And it came to pass that she went and took the queen by the hand, that perhaps she might raise her from the ground; and as soon as she touched her hand she arose and stood upon her feet, and cried with a loud voice, saying: O blessed Jesus, who has saved me from an awful hell! O blessed God, have mercy on this people!

And when she had said this, she clasped her hands, being filled with joy, speaking many words which were not understood; and when she had done this, she took the king, Lamoni, by the hand, and behold he arose and stood upon his feet.

The king then ministered to the people, proclaiming the gospel. Ammon and the servants of the king confirmed Lamoni’s testimony, leading to many in the audience being baptized. “Thus the Lord did begin to pour out his Spirit upon them; and we see that his arm is extended to all people who will repent and believe on his name”.