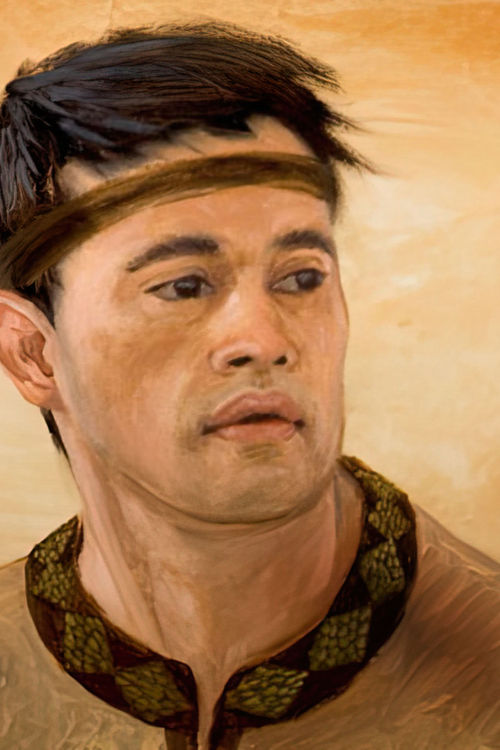 Aaron is one of the great missionary figures of the Book of Mormon. Like the other sons of King Mosiah, he was initially “numbered among the unbelievers”. But the Lord had an important calling for these young men, and when a heavenly messenger intervened and brought about their spiritual transformation , they went about “preaching the word of God in much tribulation” , confirming their newly found faith and bringing about much good in their own land and later among the Lamanites.

History: Following their miraculous conversion, Aaron and his brethren were filled with an overwhelming motivation to carry the gospel message to the Lamanites. “Now they were desirous that salvation should be declared to every creature, for they could not bear that any human soul should perish; yea, even the very thoughts that any soul should endure endless torment did cause them to quake and tremble”. Thus, rather than accept the voice of the people as first choice to succeed his father as king , Aaron embarked on a missionary journey that was to last fourteen years. At first rejected, persecuted, and even imprisoned, Aaron was eventually “led by the Spirit to the land of Nephi” , where he had the remarkable opportunity to present the gospel plan to the great king over all the Lamanites.

“What shall I do that I may have this eternal life of which thou hast spoken?” asked the receptive king. Aaron then gave an inspired response. “If thou desirest this thing, if thou wilt bow down before God, yea, if thou wilt repent of all thy sins, and will bow down before God, and call on his name in faith, believing that ye shall receive, then shalt thou receive the hope which thou desirest”. The king complied and, with the queen and their entire household, was brought into the fold of Christ. In this way the door was opened for Aaron and his brethren to preach the gospel throughout the land “according to the spirit of revelation and of prophecy, and the power of God”. As a result, thousands were converted and the Lamanites “became a righteous people”. Aaron continued throughout his life to faithfully serve the Lord.