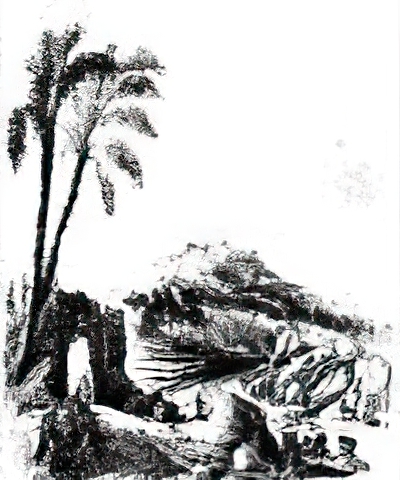 A city in the territory of Benjamin named between Gibeon and Beeroth. The Levite thought of it as a possible resting-place for himself and his concubine on their northward journey. The palm tree of Deborah was between this and Bethel. Baasha, king of Samaria, sought to fortify Ramah against Asa, king of Judah. The latter frustrated the attempt, and carried off the materials which Bassha had collected, and with them fortified against him Geba of Benjamin and Mizpah. Here the captain of Nebuchadnezzar’s guard released Jeremiah after he had been carried in bonds from Jerusalem. It figures in Isaiah’s picture of the Assyrians’ approach. It is named by Hosea in connection with Gibeah, and is mentioned as being reoccupied after the exile. It was near the traditional tomb of Rachel.