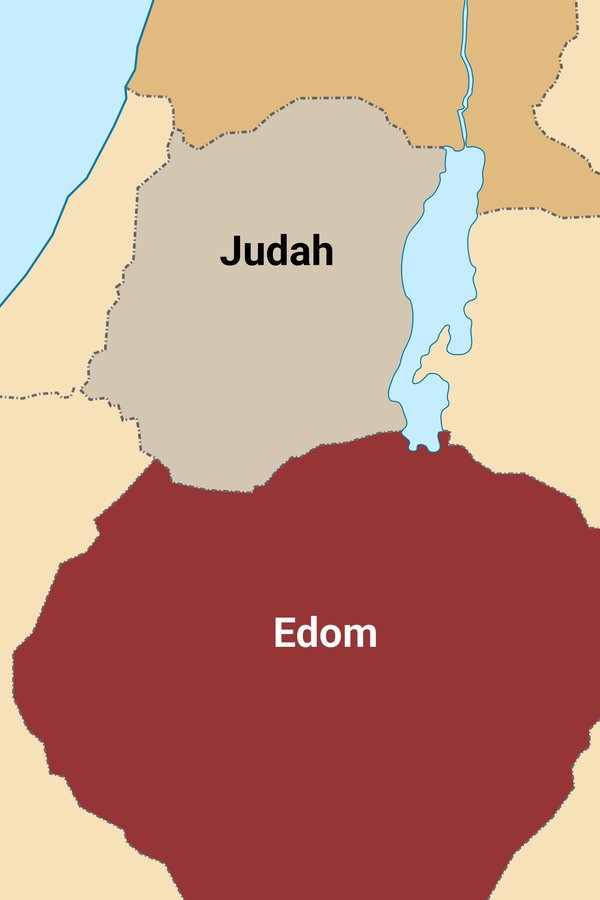 Red. Name of Esau; of his descendants; of their country in Mount Seir. This country lay south of the Dead Sea, having Moab on the north and the Dead Sea on the northwest. It was not included within the limits of the land of Israel. From the time of the Maccabees it was known as Idumea. The original inhabitants were “the children of Seir,” or Horites, and were probably dwellers in holes or caverns. It passed by conquest into the possession of the descendants of Esau; and in Deut. 2:4–5; 23:7, mention is made of the blood relationship between the Israelites and the Edomites. In spite of the kinship there seems to have been great mutual hatred, and wars were of constant occurrence. The Edomites spoke a language that closely resembled Hebrew.