Land on east by sea, south of land Bountiful 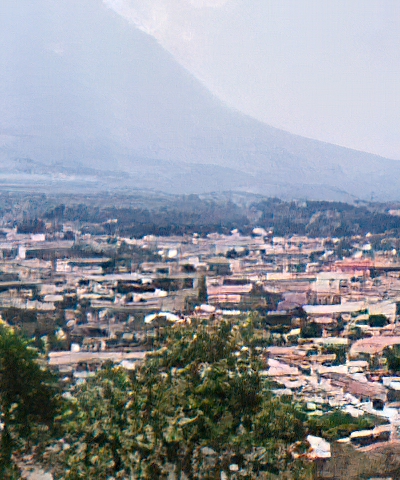 Nephite land “on the east by the sea,…south of the land Bountiful”, perhaps most noted for the magnanimous Christian act of the Nephites in relinquishing it to converted Lamanite refugees, the ­Anti- ­Nephi- ­Lehies or the people of Ammon. As part of the Nephite commitment to help the ­Anti- ­Nephi- ­Lehies, who had fled the land of Nephi to escape the continued murdering of believers by Lamanites, Amulonites, and Amalekites, they positioned their armies between Jershon and the land of Nephi to protect them from a possible attack. The Lamanite armies had pursued the people of Ammon into the wilderness and when they met the armies of the Nephites a war commenced that eclipsed all battles among the people to that point.

“Tens of thousands of the Lamanites were slain,” and although the Nephites prevailed, “there was a tremendous slaughter among the people of Nephi”. A church was established in Jershon, and Ammon was the high priest. Korihor, the anti-Christ, tried to preach his doctrines among the people in Jershon, but they arrested him and brought him before Ammon who then “caused that he should be carried out of the land”. Jershon also became a place of refuge for another group of converts. The poor Zoramites who believed the preaching of Alma’s missionary group were expelled from the land of Antionum “and they came over…into the land of Jershon”.

Angered over the shelter the converts had received in Jershon, the Zoramite “chief ruler” requested that they be “cast out”, but instead they were cared for and given “lands for their inheritance”. In retaliation against the people of Ammon in Jershon, the Zoramites mixed with the Lamanites and incited them to anger and eventually to war. Facing the prospect of another war, the people of Ammon left Jershon and went to Melek, and the Nephite armies prepared in Jershon to fight the Lamanites and Zoramites. When the armies of the Lamanites met the Nephite armies “in the borders of Jershon” they feared the Nephites because of their armor, and they withdrew into the wilderness. Captain Moroni left part of his army to guard Jershon and then marched in pursuit of the Lamanites.