Western neighbor to Judah, land of the Philistines 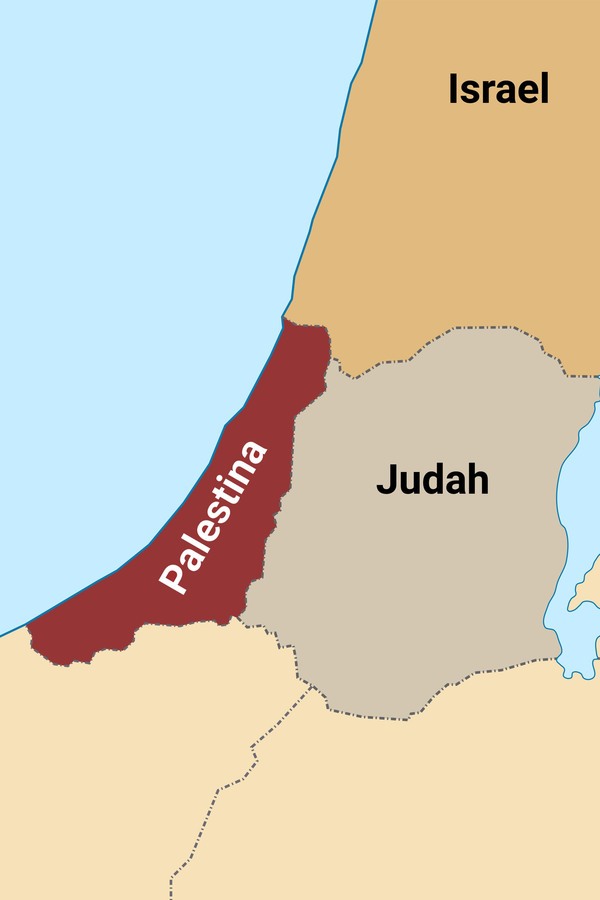 The country is referred to under various designations in the Old Testament: namely, pelesheth; 87:4), ‘erets pelishtim, “land of the Philistines”, geloth hapelishtim; Septuagint ge ton Phulistieim, “the regions of the Philistines”. The Egyptian monuments have Puirsatha, Pulsath, to the border of Ekron, northward. The eastern border was along the Judean foothills on the line of Beth-shemesh with the sea on the West. It was a very small country, from 25 to 30 miles in length and with an average width of about half the length, but it was fertile, being an extension of the plain of Sharon, except that along the coast high sand dunes encroached upon the cultivated tract.

It contained many towns and villages, the most important being the five so often mentioned in Scripture: Gaza, Ashdod, Ashkelon, Gath and Ekron. The population must have been large for the territory, which enabled them to contend successfully with the Israelites, notwithstanding the superiority of position in the hills to the advantage of the latter.