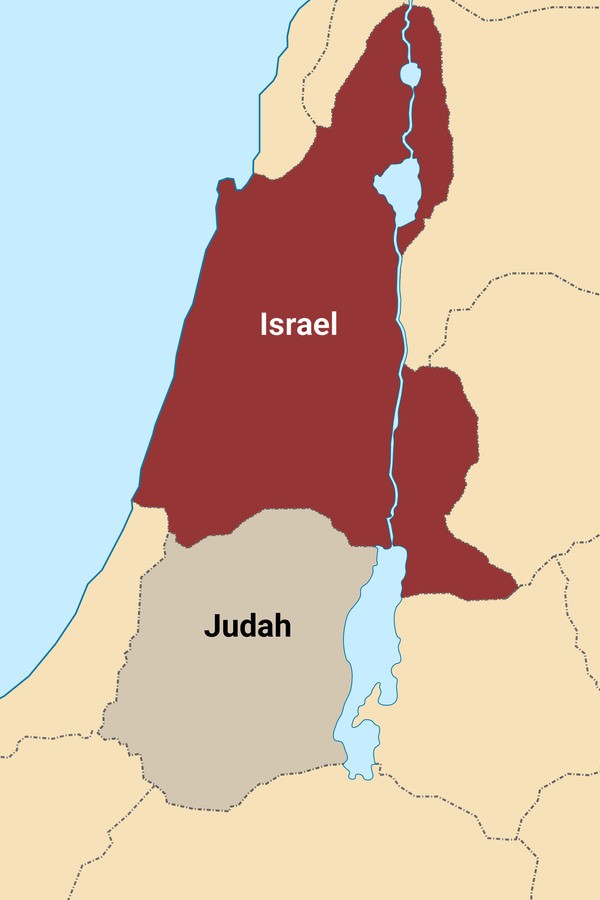 The northern kingdom of Israelites that existed from 931 to 722 B. C. The Lord changed the name of Jacob, son of Isaac, to Israel. Before their division into two kingdoms, the descendants of Jacob’s twelve sons were variously referred to as “Israel,” “the house of Israel,” “the people of Israel,” “the twelve tribes of Israel,” “the Israelites,” and the “remnant of the house of Israel. ” Upon the death of Solomon, the northern tribes refused to follow Solomon’s son Rehoboam, and chose the Ephraimite, Jeroboam, to be their king. This division began the period known as the Divided Monarchy with ten tribes forming the kingdom in the north and, predominantly, two tribesâJudah and Benjaminâin the south. In the Bible the ­northern kingdom retained the name Israel.

Several passages of Isaiah found in the Book of Mormon refer to the history of the northern kingdom and prophesy its destruction by the Assyrians. Pekah, king of Israel, entered into an alliance with Rezin the king of Syria that led to the Assyrian conquest in 732 B. C. Judah was preserved during this period by making an alliance with Assyria. Eventually the northern kingdom revolted again and Assyria conquered them with a vengeance and took many of the northerners into captivity. The scriptures record little of what happened to these peoples, hence they are often referred to as the lost ten tribes.

The Book of Mormon teaches that these tribes eventually were scattered throughout the earth and that in the latter days the work of gathering them back to the Lord and his covenants would begin. Those that remained in their land intermarried with the pagan peoples introduced by the Assyrians and became the Samaritans. In the Book of Mormon “Israel” is most often used in reference to all of the descendants of Jacob, especially in the phrase “house of Israel,” and the titles of Deity as “God of Israel” and “Holy One of Israel. ” Only in the Isaiah passages is the term “Israel” used referring to the descendants of Jacob in the northern kingdom as opposed to those in the southern kingdom of Judah.