Near the home of the Jaredites, Presumably the Tower of Babel 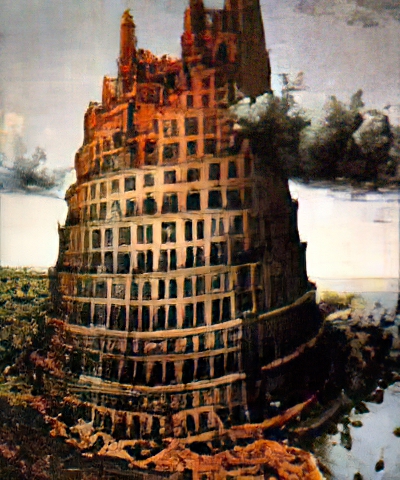 A monumental tower built a few generations after the great flood by people whose pride and false worship prompted the Lord to confound their language and scatter some of them abroad. In the Book of Mormon it is called “the tower” or “the great tower”. Several points in the account in Genesis 11 indicate this episode occurred in the region of Mesopotamia, is a Hebrew term designating central and southern Mesopotamia. The tower was most likely a Mesopotamian stepped ­temple- ­tower known as a ziggurat, which consisted of multiple platforms and had a temple on the top as well as one at the bottom. Ziggurats were typically located in major cities and were made of mud bricks; bitumen.

Although their symbolism is not completely understood, the ziggurats focused attention heavenward and are thought to have represented, among other things, a holy mountain, representing the connection between heaven and earth, as true temples are meant to do. The attempt to build “a tower, whose top may reach unto heaven” indicates not that these people were foolishly attempting to climb to heaven but rather that they wanted to build a prominent tower that rose high into the sky, based on Genesis 11:9: “Therefore is the name of it called Babel Hebrew babel; because the Lord did there confound balal the language of all the earth. ” Babel is the standard Hebrew name for Babylon; the Babylonian word is ­bab- ­ili, sometimes ­bab- ­ilani, “gate of the god(s).

” Postbiblical Jewish traditions that Nimrod built the tower developed from the note in Genesis that Nimrod founded several cities in Mesopotamia, including Babylon. One Babylonian tradition credits the god Marduk with founding and naming the ­city. All six references to the tower of Babel in the Book of Mormon occur in relation to the Jared ­ites, whom the Lord directed to leave the area of the tower and to travel to the Americas. The tower was mentioned in a Jaredite inscription and in Ether’s record of the Jaredite people. Moroni said that as he edited Ether’s record, he dispensed with the portion that dealt with the creation of the earth “even to the great tower” but provided a partial account of what was available “from the tower down until the Jaredites were destroyed”.

Although the Book of Mormon references corroborate the basic account in the Bible, they do not provide any significant additional historical information. One consequence of constructing the tower was that “the Lord confounded the language of the people”. As one result of this confounding, some “people…were scattered abroad upon the face of all the earth”. Helaman 6:28 contains the theological observation, not specified in the Bible, that Satan motivated the people to build this ­tower.