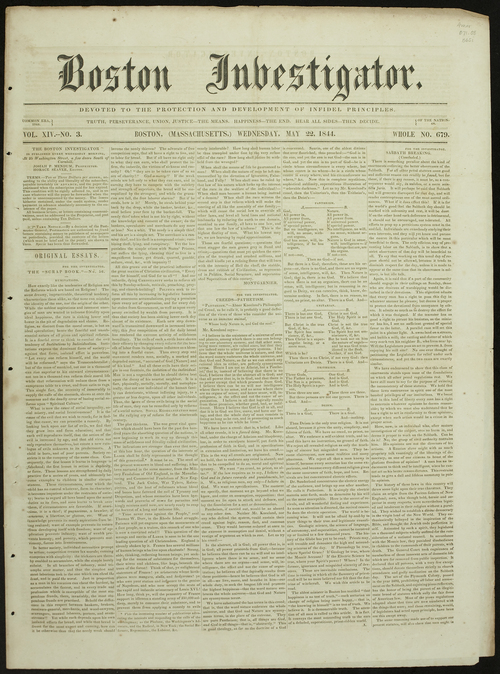 THE MORMONS.—The New York Aurora says: “The Mormons at Nauvoo have a regular theatre. The play of Pizarro was recently performed there to a fine audience, about one hundred of which were ladies. Here is indeed a most singular place. Some few years hence, the Mormons, or Latter-Day-Saints, will form a stronger sect than the Quakers, possess more money and characteristic marks, and be esteemed as good a denomination.” So say we. Not only will they be esteemed as good a denomination, but as intelligent and well-informed. In fact, what accusations of imposture can we bring against the Mormon leader or leaders, that cannot be applied with equal truth to the founders of the Quaker and the Shaker and the Swedenborgian sect, and many others? The founders respectively of each of the above named sects, pretended to be divinely inspired. What more does Joseph Smith pretend? And what better foundation have any other of these sects for the pretences of their original prophet? None at all. Only about ten years since, a volume of Theology was published by a Unitarian minister, (who did not preach,) in the preface of which he pretends to obey a divine command, given him in a vision, to make the publication!

In what respect are the pretences of Joseph Smith more flagrant than this? The time will come, and is near at hand, when Mormons will be as common among our citizens as Quakers, and equally esteemed.