“Some of the papers” 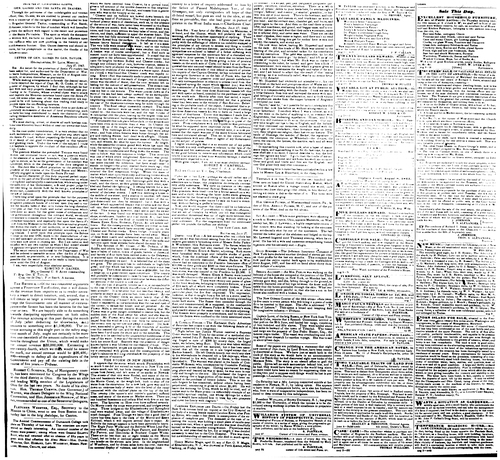 Some of the papers are publishing a statement that eight new cantos of Don Juan, by Lord BYRON, have been recently discovered at Genoa. We have just as much faith in the truth of this story as we would have in an announcement from Joe Smith that he had discovered eight new books of the Mormon Bible. The story is an absurd effort to gull the public. Byron left no such manuscripts behind him, and if he had, they would have been given to the world long since, as there could have been no reason for suppressing them until this time, and to suppose such things would be lost is preposterous.— Louisville Journal.