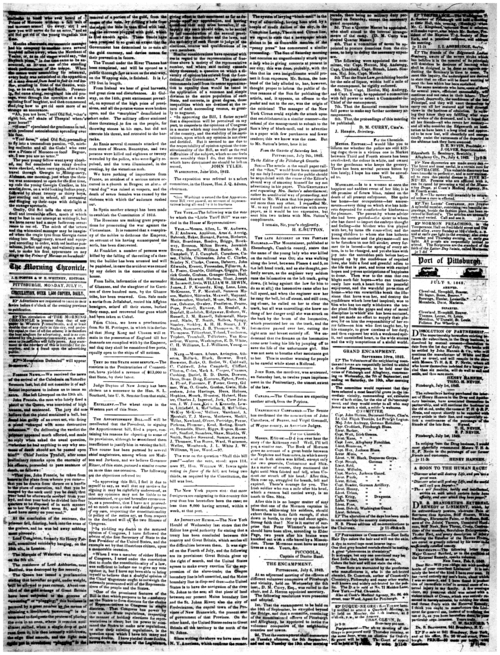 Messrs. Editors:—Did you ever hear the story of the Kilkenny cats? Well, I’ll tell you a similar one. The Book of Mormon gives an account of a great battle between the Nephites and Samanites, in which every soul on both sides was killed, except only the two generals, Coriantumr and Shiz. As a matter of course, they continued the fight until Shiz fainted and fell, when Coriantumr struck off his head. After this Shiz rose up, struggled for breath, fell and expired. There’s courage for you. The Irish soldier who ran a mile after his head, which a cannon ball carried away, is no touch to Gen. Shiz.

After this it is no longer matter of surprise that one of the Mormon captains in Missouri, addressing his soldiers, should exhort them to haxa faith enough, if shot down in battle, to rise up and shoot again. Strong faith that! Nor is it matter of surprise that Peter Wimmer’s son-in-law should have been alive, according to Elder Page, two years after his brains were knocked out with a rifle barrel by a Missourian. These Mormons must have as many lives as a cat. Yours, &c.