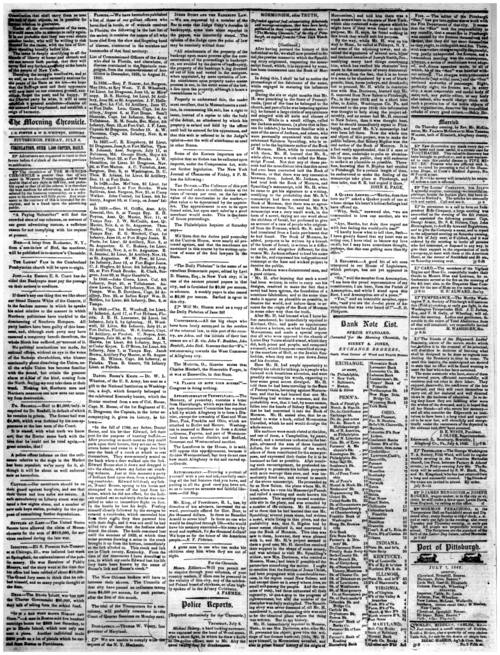 Defended against foul calumniating falsehoods and misrepresentations, that have been lately published in those respected columns, viz:—“The Morning Chronicle,” of the city of Pittsburgh as copied from the “New York Watchman.”

After having pursued the history of this individual so far, we shall now proceed to detail the precise manner in which the Spaulding story originated, respecting the manuscript found, which it is supposed by some, has been transmuted into the Book of Mormon.