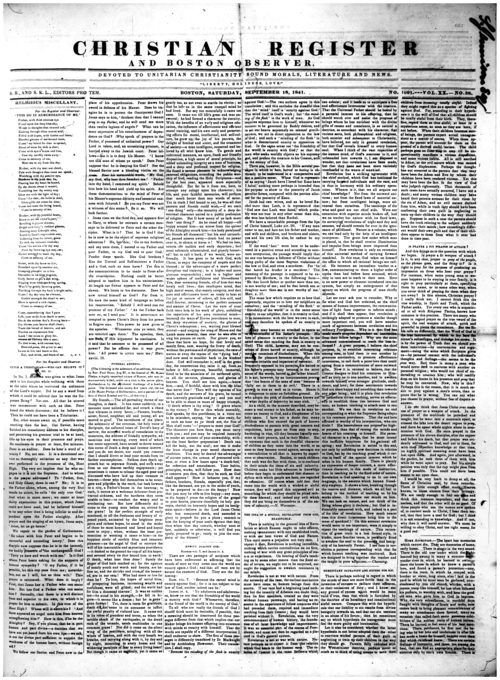 MORMONISM.—The Cheltenham (English) Chronicle states that its editor had just seen the wife of a small farmer who sailed with her husband and six children last Febuary from Liverpool. They, and about one hundred others, landed at New Orleans, went several hundred miles up the country, past St. Louis, and arrived safe at the ‘promised land,’—the New Jerusalem—on the 1st of May last; a three week’s residence was sufficient to let them into the secret, and they arrived safe back in the old country about a fortnight ago.

They had frequent communications while on the banks of the Mississippi with the renowned prophet, Joe Smith, and his brother imposters, who took every means in their power to get hold of our informant’s money, by offering to sell them large plots of land, take them into partnership, &c. &c., but the Gloucester yeoman was proof against their wiles, and used his little capital in bringing his family back again. What most staggered the faith of the party was, that this great prophet, Mr. Joseph Smith, could not show them the ‘plates of gold’ on which it was pretended the book of Mormon was written; Joe evaded the question by saying the angel merely showed them to him, and after he had taken a fair copy, took them back again!— Daily Mail.