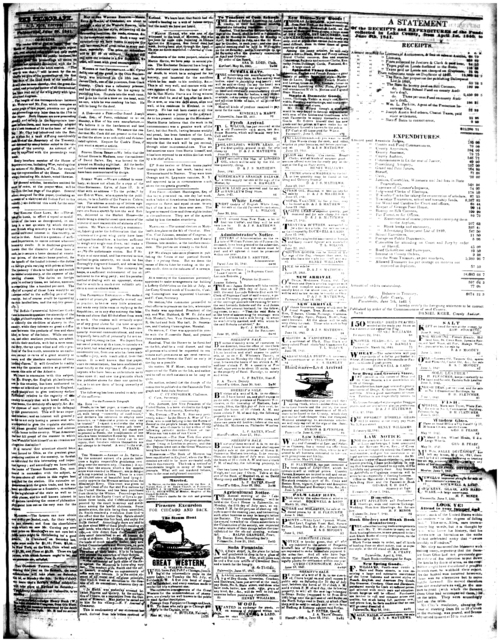 “MARTIN HARRIS, who was one of the witnesses to the book of Mormon, and who has been for some time lecturing in Illinois against the Mormons, was found dead last week, having been shot through the head.—He was no doubt murdered.— Journal of Commerce.

Statements of the same purport, relative to Martin Harris, we have seen in several places. The Rochester Democrat has a long article, predicated upon the statement of Harris’ death, in which he is eulogised for his honesty, and lamented for the sacrifices which he has made to his credulity, &c.—This is all very well, and concurs with our own opinion of him. But the best of the affair is, that Martin Harris is a living witness of what shall be said of him after his death. He is now, or was two days since, alive and well, at his residence in Kirtland, in this county. He has not been absent at all this season, unless on a journey to the eastward. As to his present relation to the Mormons—Martin Harris believes that the work in its commencement was a genuine work of the Lord, but that Smith, having become worldly and proud, has been forsaken of the Lord, and has become a knave and impostor. He expects that the work will be yet revived, through other instrumentalities. This we had sometime since from Harris himself, and it has been repeated to us within the last week by a brother of his.