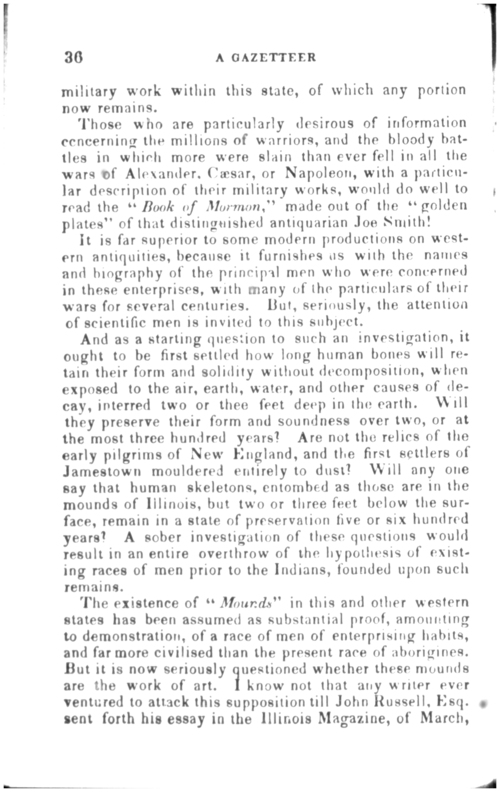 Those who are particularly desirous of information concerning the millions of warriors, and the bloody battles in which more were slain than ever fell in all the wars of Alexander, Cæsar, or Napoleon, with a particular description of their military works, would do well to read the “Book of Mormon,” made out of the “golden plates” of that distinguished antiquarian Joe Smith!

It is far superior to some modern productions on western antiquities, because it furnishes us with the names and biography of the principal men who were concerned in these enterprises, with many of the particulars of their wars for several centuries. But, seriously, the attention of scientific men is invited to this subject.