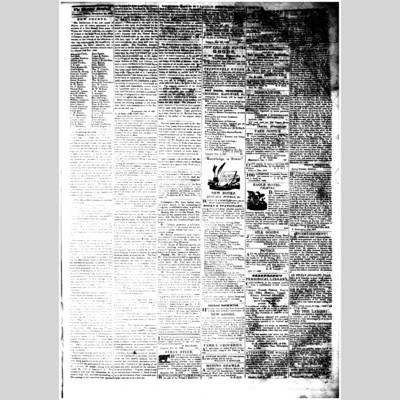 The Mormon mystery developed.— Dr. P. Hurlburt, of Kirkland, Ohio, who has been engaged for some time in different parts of this state, but chiefly in this neighborhood, on behalf of his fellow townsmen, in the pursuit of facts and information concerning the origin and design of the Book of Mormon, which, to the surprise of all in this region who know the character of the leaders in the bungling imposition, seems to have gained multitudes of believers in various parts of the country, requests us to say, that he has succeeded in accomplishing the object of his mission, and that an authentic history of the whole affair will shortly be given to the public. The original manuscript of the Book was written some thirty years since, by a respectable clergyman, now deceased, whose name we are not permitted to give. It was designed to be published as a romance, but the author died soon after it was written; and hence the plan failed. The pretended religious character of the work has been superadded by some more modern hand—believed to be the notorious Rigdon. These particulars have been derived by Dr. Hurlburt from the widow of the author of the original manuscript.