The Book of Jacob 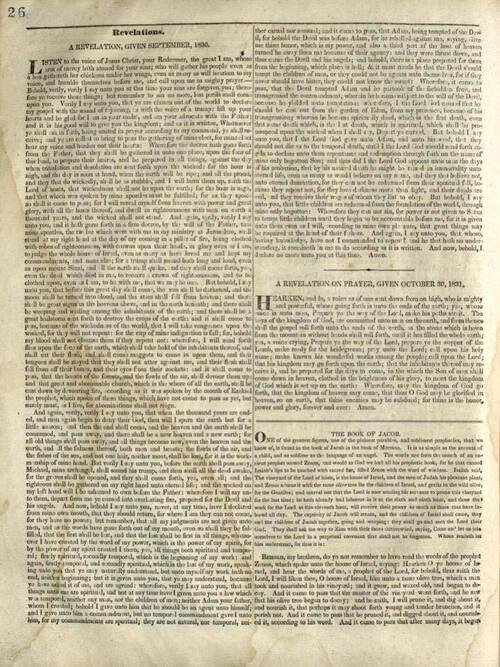 THE BOOK OF JACOB.

One of the greatest figures, one of the plainest parables, and sublimest prophecies, that we know of, is found in the book of Jacob in the book of Mormon. It is as simple as the accents of a child, and as sublime as the language of an angel. The words are from the mouth of an ancient prophet named Zenos, and would to God we had all his prophetic book, for he that caused Isaiah’s lips to be touched with sacred fire, filled Zenos with the word of wisdom. Isaiah said, The vineyard of the Lord of hosts, is the house of Israel, and the men of Judah his pleasant plant, and Zenos adorns it with the tame olive tree for the children of Israel, and grafts in the wild olive, for the Gentiles; and marvel not that the Lord is now sending his servants to prune this vineyard for the last time; he hath already had laborers in it at the sixth and ninth hour, and those that work for the Lord at this eleventh hour, will receive their penny as much as those that have labored all day. The captivity of Jacob will return, and the children of Israel shall come, they and the children of Judah together, going and weeping: they shall go and seek the Lord their God. They shall ask the way to Zion with their faces thitherward, saying, Come and let us join ourselves to the Lord in a perpetual covenant that shall not be forgotten. Whoso readeth let him understand, for thus it is: . . .