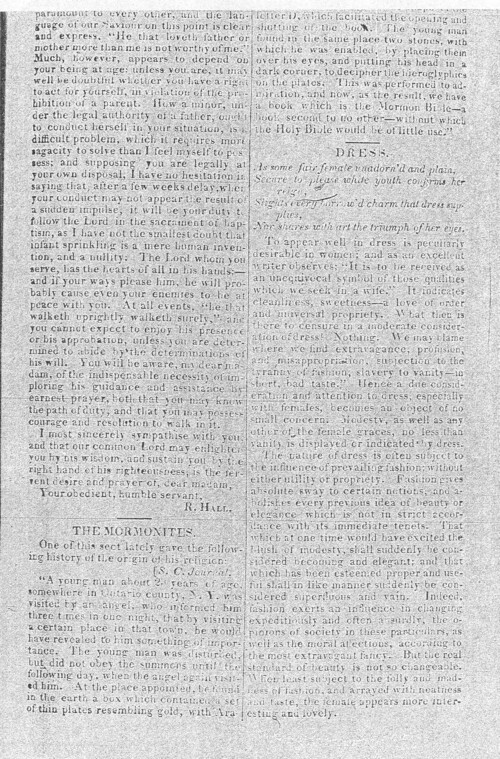 One of this sect lately gave the following history of the origin of his religion:

“A young man about 23 years of age, somewhere in Ontario county, N. Y. was visited by an angel, who informed him three times in one night, that by visiting a certain place in that town, he would have revealed to him something of importance. The young man was disturbed, but did not obey the summons until the following day, when the angel again visited him. At the place appointed, he found in the earth a box which contained a set of thin plates resembling gold, with Arabic characters inscribed on them. The plates were minutely described, as being connected rings in the shape of the letter D, which facilitated the opening and shutting of the book. The young man found in the same place two stones, with which he was enabled, by placing them over his eyes, and putting his head in a dark corner, to decipher the hieroglyphics on the plates.

This was performed to admiration, and now, as the result, we have a book which is the Mormon Bible―a book second to no other―without which the Holy Bible would be of little use.”