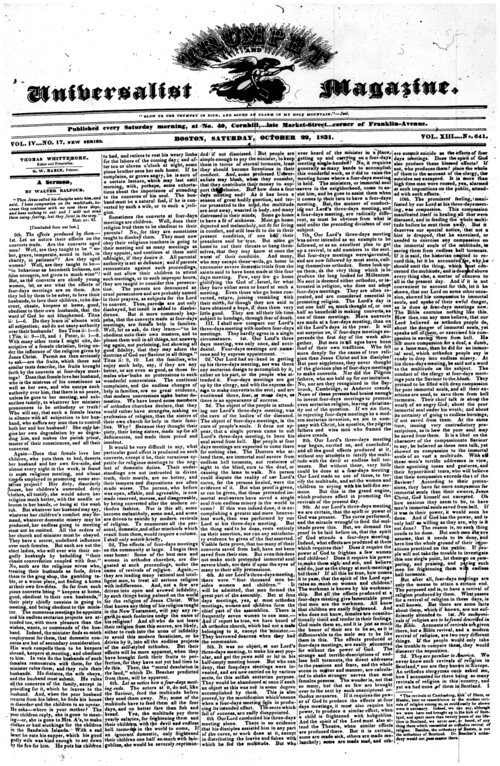 Mormonites.―The Hampshire Gazette says:―A lady from Ohio informs us, that many of the Mormonites in Geauga county have started for the promised land in Missouri; some of them passed through the town in which she resides; their language was―‘we have left Babylon and are going to Mount Zion.’ Among those who have embraced the doctrines of these fanatics are two merchants, and some respectable farmers. One man joined them whose property was estimated at 7,000 dollars. The lady to whom we have alluded found in the Lake steam boat a Mormonite woman on her return to Boston. She said she had made a journey all the way from Boston to Ohio to investigate the subject of Mormonism and had satisfied herself that the Mormon bible was a revelation from God, and the leaders true prophets. She stated that others from Boston had become converts to the new system. She believed that the Mormonites could perform miracles. When asked if she had seen any miraculous operations, she replied that she had seen a person who was very sick suddenly restored to health. On other subjects she conversed like a sensible, pious woman. She stated that she was a Methodist when she left Boston.