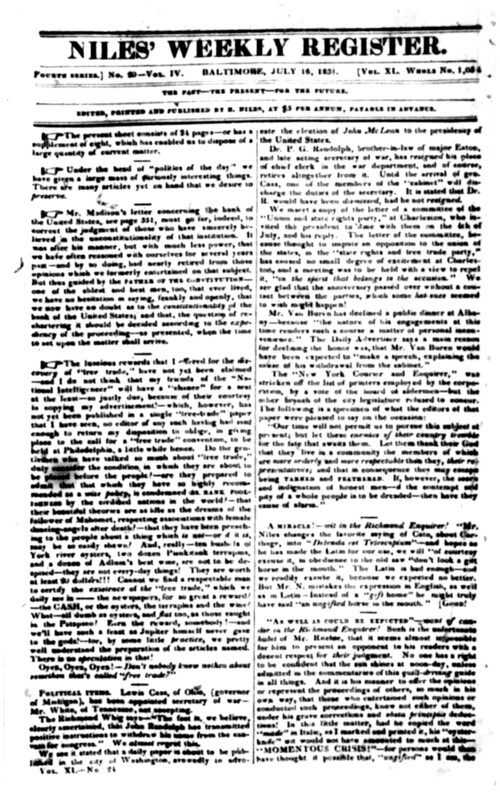 MORMONISM. Most of our readers must recollect that certain knaves, pretending to have found some holy writings hidden under a stone in Ontario county, New York, started a new religion! The leaders make bold pretensions and assert a gift to work miracles. The members of this sect are now said to amount to 1,000 souls!—some of whom, very honestly, no doubt, believe in all things that are told them, and yet have borne the character of worthy men. Their great prophet Jo, has selected a part of Geauga county, Ohio, and pronounced it to be “the promised land,” and thither the deluded people are flocking, chiefly from New York. As a few men of property have been induced to cast their funds into a common stock, there is no want of recruits from among the lazy and the worthless classes of society. They say that a miracle was worked in their behalf, by clearing a passage through the ice at Buffalo—some of them affect a power even to raise the dead, and perchance, (such is the weakness of human nature), really believe that they can do it! The chiefs of those people appear to exempt themselves from labor, and herein is, probably, the grand object for which they have established this new religion.