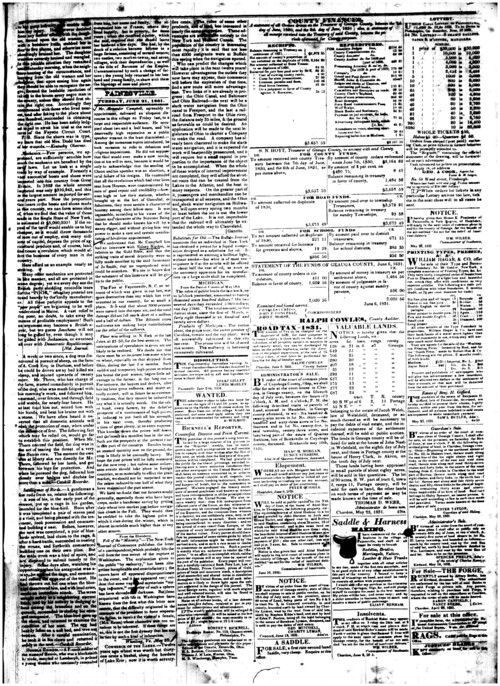 Mr. Alexamber Campbell, agreeably to appointment, delivered an eloquent discourse in this village on Friday last, to a large and respectable audience. He occupied about two and a half hours, and his deservedly high reputation as a public speaker was not in the least diminished.—

Among the numerous topics introduced, he took occasion to refer to delusions and religious impositions. He did not suppose that God would ever make a new revelation of his will to men, because it would be only to acknowledge that the sending of Christ and his apostles was an abortion, a to’al failure of his designs. He contended that all the revelations which had ever been sent from Heaven, were communicated by men of good repute and credibility—however high or low their stations, whether brought up at the feet of Gamalial, or fishermen, they must sustain a character of honesty among their fellow-men. It was impossible, according to his views of the nature and character of the Supreme Being that he should make known his will by a money-digger, and without giving him any power to make a sure and certain manifestation of his divine appointment.

We understand that Mr.Campbell has had an interview with Sidney Rigdon, in relation to the Gold Bible, and that the striking traits of moral depravity were so fully made manifest by the said lieutenant of Jo Smith, that no unprejudiced mind could be mistaken. We are in hopes that the substance of this interview will be given to the public.