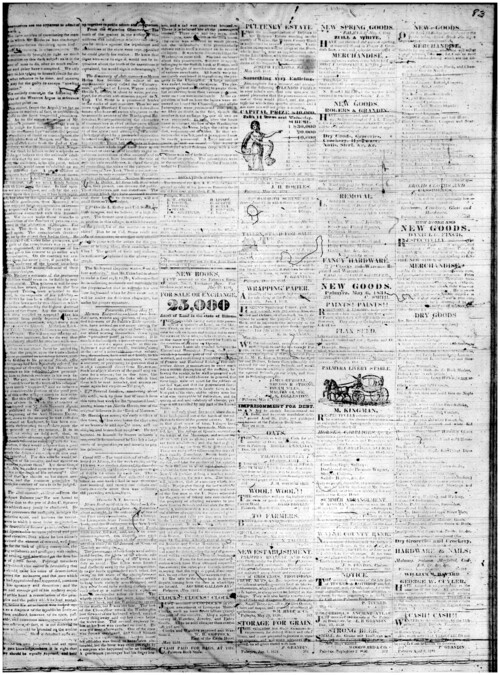 Several families, numbering about fifty souls, took up their line of march from this town last week for the “promised land,” among whom was Martin Harris, one of the original believers in the “Book of Mormon.” Mr. Harris was among the early settlers of this town, and has ever borne the character of an honorable and upright man, and an obliging and benevolent neighbor. He had secured to himself by honest industry a respectable fortune—and he has left a large circle of acquaintances and friends to pity his delusion.