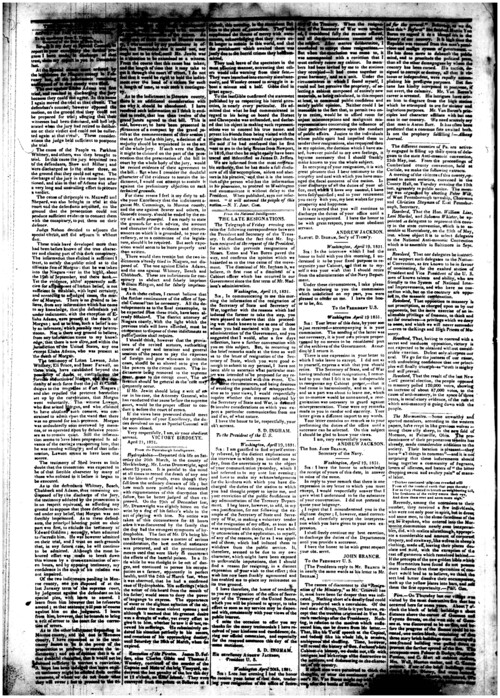 The Mormonites.—Some unworthy and spotted members, according to the western papers, have crept in like grevious wolves among these silly sheep, in the new fold of Mormon, at Painesville, Ohio. The predominance of their preposterous tenents has already made considerable additions to the society. Their location is pleasant—they have “all thing is common”—and it is not surprising that these inducements should bring together a community of vagrants, lovers of idleness, and haters of “the bitter dropping sweat and sweltry pain” of manual labor.

“Thither continued pilgrims crowded still From all the roods of earth that pass thereby :

For as they chanced to breath on neighboring hill The freshness of the valley smote their eye And drew them ever and anon more nigh.”

Recently, among the accessions to their number, they received a few individuals, who were not only poor in spirit, but in dress; and some men, to the shame-facedness of the sex be it spoken, who entered into the Mormonite communion nearly sans inexpressibles, did, with malice aforethough, appropriate a considerable and amount of corporeal drapery, and straitway, like wolves in sheep’s clothing, made off, leaving their places desolate and void, with the exception of the cast off garments which remained behind.—If the precepts of the new golden bible which the Mormonites have found do not possess more influence than these specemins of conduct would lead us to believe, we think the sect had better dissolve their encampment, melt up the yellow plates into bars, and sell them the first opportunity.— Phil. Gaz.