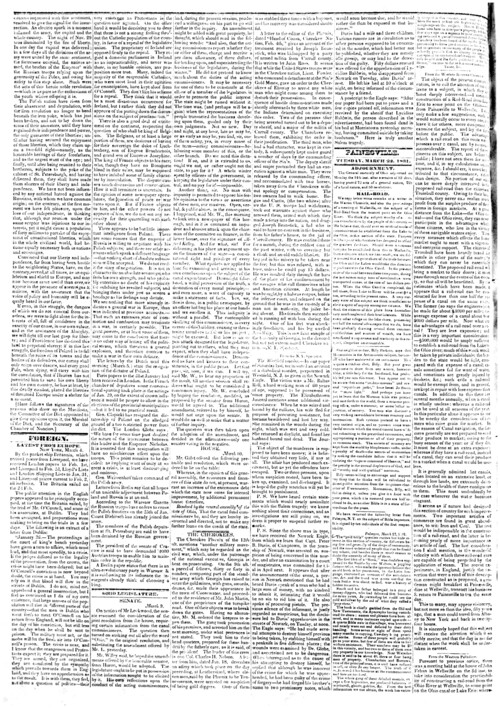 Our neighbor- in-law, Billy Perkins, says that Mormonism is the Antimasonic religion, because all who have embraced it are antimasons. This is quite a random shot, Billy. But your great eagerness to draw from any source, however filthy, a little help for the handmaid, has probably led you into this error. You appear not to be aware that some “zealous masons” and several “republican jacks,” have beset Jo Smith for “more light.”—And perhaps you have yet to learn that the Mormon bible was printed and sent forth to the world, from a masonic printing office, under a masonic, or some [other injunction, of secrecy. You may also discover a very striking resemblance between masonry and mormonism. Both systems pretend to have a very ancient origin, and to possess some wonderful secrets which the world cannot have without submitting to the prescribed ceremonies, and appropriating a portion or all of their property, as common stock. The secrets of masonry are kept from the world by blasphemous oaths, under a penalty of death—the secrets of mormonism by making the candidate believe that it will be violating the “express command of Heaven,” and the penalty is the eternal displeasure of God, and all “worthy and well qualified” mormons.

Billy seems willing to encourage and support any thing that he thinks will be calculated to divert public attention from the iniquitous character of Freemasonry. Mormonism, Billy, will fail in doing it, unless you give it a hoist with your press, which it is rumored you are half inclined to do, as another Bible is in a state of forwardness,for the press.