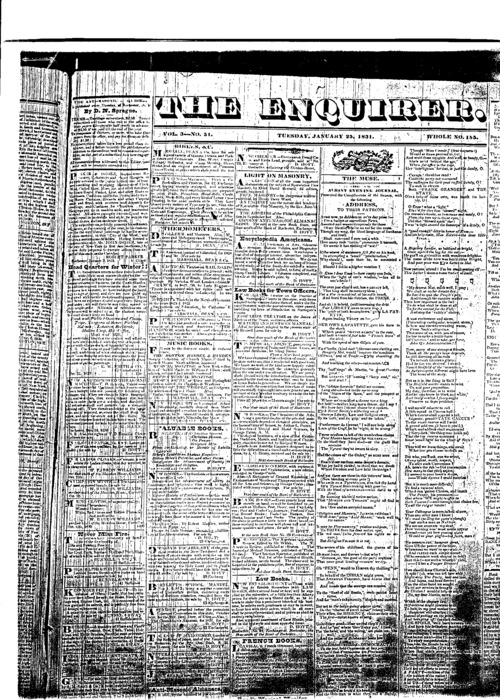 Book of Mormon.—This book, otherwise called the Golden Bible, has excited considerable curiosity, in some parts of the country; and we learn that preachers have appeared in the state of Ohio and elsewhere, who profess their belief that it is of divine origin. On Thursday evening last, a preacher of this character, delivered a discourse, at the Town house in this village, to an assembly of two or three hundred people. In the course of his remarks, he explicitly avowed firm belief that the book of Mormon is a revelation from God; that he believed the golden plates on which it is said to have been inscribed in mysterious characters, had been discovered and decyphered by a very ignorant man, through the aid of divine assistance; and that he considered it as of equal authenticity with the Old and New Testaments. Whether these persons are really sincere in the profession of such belief, or whether their object is to promote the sale of the book, we will not undertake to determine.— Ontario Messenger.