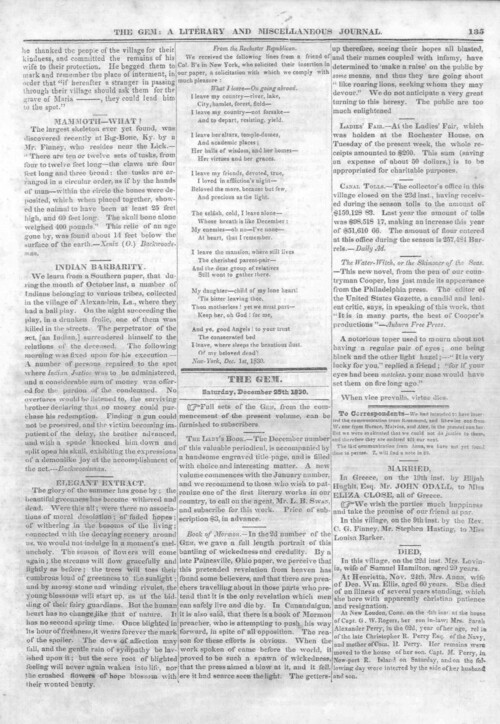 Book of Mormon.— In the 2d number of the GEM, we gave a full length portrait of this bantling of wickedness and credulity. By a late Painsville, Ohio paper, we perceive that this pretended revelation from heaven has found some believers, and that there are preachers travelling about in those parts who pretend that it is the only revelation which men can safely live and die by. In Canandaigua, it is also said, that there is a book of Mormon preacher, who is attempting to push his way forward, in spite of all opposition. The reason for these efforts is obvious. When the work spoken of came before the world, it proved to be such a spawn of wickedness, that the press aimed a blow at it, and it fell, ere it had scarce seen the light. The getters-up therefore, seeing their hopes all blasted, and their names coupled with infamy, have determined to ‘make a raise’ on the public by some means, and thus they are going about “like roaring lions, seeking whom they may devour.” We do not anticipate a very great turning to this heresy. The public are too much enlightened.