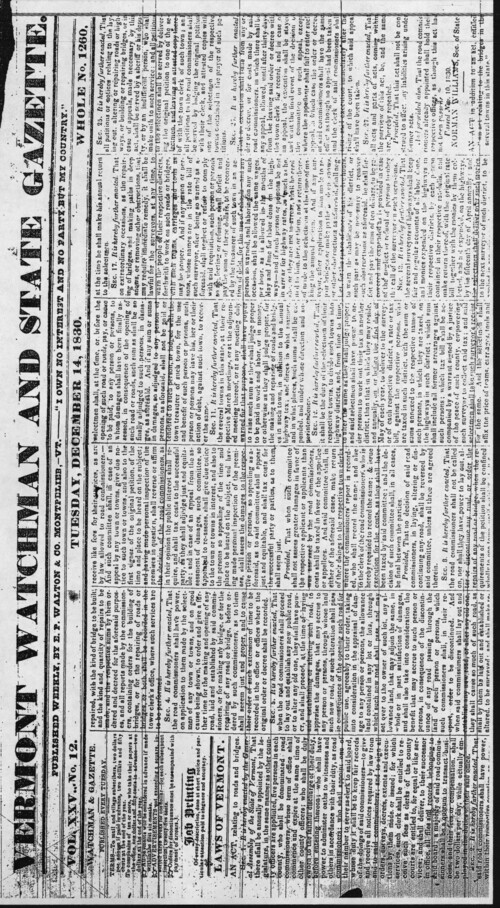 FANATICS.—Oliver Cowdry, David whitmer and Martin Harris, have lately commenced preaching near Painesville, Ohio, stating that they had a new revelation which they call a codicil to the New Testament, and ever to have been written by the finger of God. They say that the world is to come to an end within 15 years: that is the incorrigible are all to be cut off. They have joined one Elder Rigdon, once a Baptist, next a Campbelite, and now a disciple of the new revelation. He and part of his flock, about 100, have been baptized in it, and are going or have gone west for a country, they know not where, west of the Mississippi, where they say is a Holy Spirit, and there they are to establish a New Jerusalem, into which will be gathered all the natives, who they say are descendants of Manasseh. They are led by the spirit and will know the ground when they place their feet upon it.