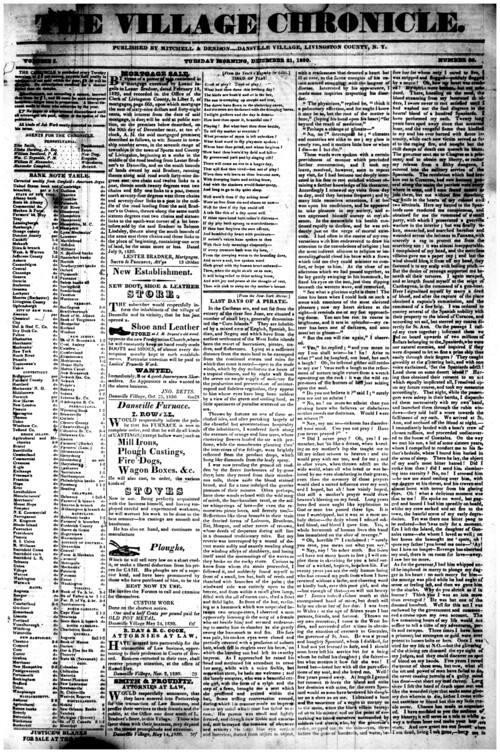 The New Bible. –Some year or two since the crdulous were amused with the tale that, guided by inspiration, some one had found many golden plates buried in the earth near Palmyra, Wayne county, in this state, upon which were revealed,in an unknown tongue, (an odd sort of revelation one would think) the whole duty of man. This the finder and comrade were enabled, by supernatural agency, to translate since which the book has been printed and travelling preachers have gone forth with it, to enlighten the world. Some of these have rested for a season in the vicinity of Painesville, Ohio, where a preacher of another faith was converted to the new, and a band of followers, amounting to more than one hundred, added to his train. It is the theory of some Philosophers that man is a religious animal, and the position seems well sustained here, where a new creed is deemed necessary to be added to the hundreds of all forms which existed before.— Buffalo Journal.