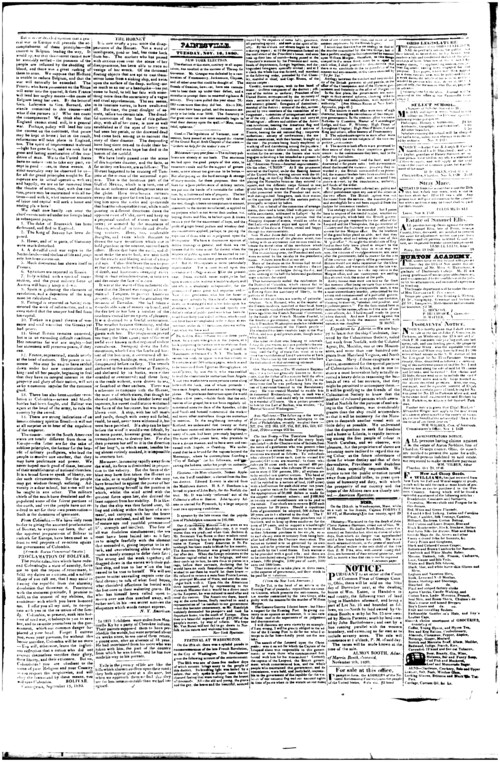 The Golden Bible.–Some two or three years since, an account was given in the papers, of a book purporting to contain new revelations from Heaven, having been dug out of the ground, in Manchester in Ontario Co. N.Y. The book, it seems, has made its appearance in this vicinity.–It contains about 600 octavo pages, which is said to be translated from Egyptian Hieroglyphics, on metal plates, by one Smith, who was enabled to read the characters by instruction from Angels.

About two weeks since some persons came along here with the book, one of whom pretends to have seen Angels, and assisted in translating the plates. He proclaims destruction upon the world within a few years,–holds forth that the ordinances of the gospel, have not been regularly administered since the days of the Apostles, till the said Smith and himself commenced the work–and many other marvellous things too numerous to mention. In the neighboring township of Kirtland, we understand that twenty or thirty have been immersed into the new order of things; many of whom had been previously baptised.–The name of the person here, who pretends to have a divine mission, and to have seen and conversed with Angels, is Cowdray. We understand that he is bound for the regions beyond the Mississippi, where he contemplates founding a “City of Refuge” for his followers, and converting the Indians, under his prophetic authority.