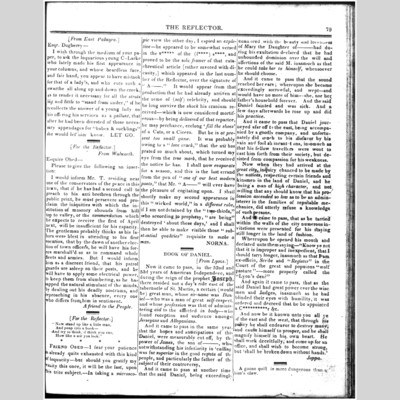 Now it came to pass, in the 52nd and 53d years of American Independence, and during the reign of the prophet Joseph, there resided not a day’s ride east of the tabernacle of St. Martin, a certain (would be) great man, whose sir-name was Daniel–who was a man of great self- respect, and whose profession was that of administering aid to the afflicted in body-who found reception and audience amongst Jerseyans and Alleganians. . . .