The Book of Mormon, or Golden Bible 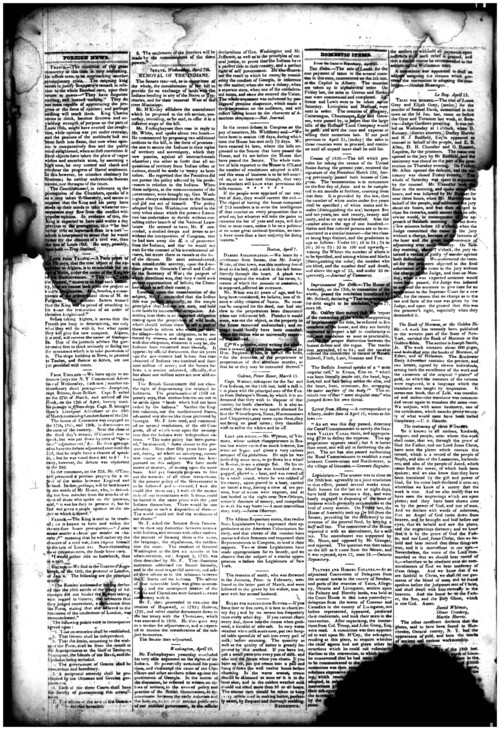 The Book of Mormon, or the Golden Bible. –A work has recently been published in the western part of the State of New-York, entitled the Book of Mormon or the Golden Bible. The author is Joseph Smith, Jr. The work contains about 600 pages, and subdivided into the books of Mormon, of Ether, and of Helaman. The Rochester Daily Advertiser contains the preface, and two letters, signed by eleven individuals, setting forth the excellence of the work and the existence of the original “plates” of gold, on which the contents of the volume were engraved, in a language which the translator was taught by inspiration. It seems one book, that of Lehi, was translated and stolen–the translator was commanded never again to translate the same over. We subjoin, with some hesitancy, one of the certificates, which smacks pretty strongly of what would once have been called blasphemy.– U.S. Gazette.

The other certificate declares that the plates, said to have been found in Manchester, Ontario county, N. Y. had the appearance of gold, and bore the marks of ancient and curious workmanship.