“And I Do This for a Wise Purpose” 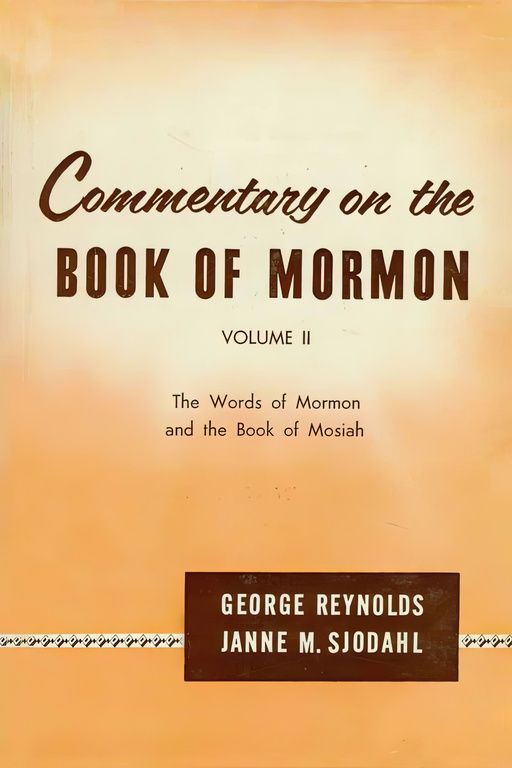 The meaning of this verse is so obvious that it needs no comment. (By way of interpolation, let us note, that many passages of the Book of Mormon are so plain and easy to understand that if we do comment on them, we may be forced to comment on our own comments!) A statement of certain facts may be enlightening to the thoughtful student, when we consider, in conjunction with Mormon’s declaration, a few experiences endured by the Prophet Joseph Smith in the translation of the Sacred Record. On April 12 or there about, 1828, Martin Harris, who had aided the Prophet on different occasions, began to write as the Prophet dictated the words of translation.

In a relatively short time, by June 14, or two months later, the Prophet had translated, and Harris had written, 116 pages of what is commonly known as foolscap paper. It appears that Martin Harris had considerable trouble at home with his wife. Spending so much of his time and money assisting in what she believed to be a hoax, only worsened conditions that were already difficult. In his desire to change her mind, and to prove to her and to others of his relatives and numerous of his friends that Joseph Smith had the “golden plates” which he claimed to possess, he, using undue pressure, persuaded the Prophet to let him show the manuscript they had finished to them. Martin Harris was so insistent that he even asked Joseph to seek the Lord, through the Urim and Thummim, for permission so to do. The Prophet did. After several refusals the request was at last granted. The result was that these pages were lost or were stolen from Harris who broke his solemn promise to the Prophet. The gift of translation was, because of this, temporarily taken from Joseph; the sacred records, too, were taken back by the heavenly keeper of them. We may imagine the torment of soul and the suffering that the Prophet experienced. In deep remorse for his sin, he repented his mistake, and the sacred plates and other implements were returned to him by the angel to whom Joseph had been required to surrender them.

Before the plates were forfeited by Joseph Smith to the Angel Moroni, the Prophet, through the use of the Urim and Thummim, received the following revelation,

The works, and the designs, and the purposes of God cannot be frustrated, neither can they come to naught, for God doth not walk in crooked paths; neither doth He turn to the right hand nor to the left; neither doth He vary from that which He hath said; therefore His paths are straight and His course is one eternal round.

Remember, remember, that it is not the work of God that is frustrated, but the work of men; for although a man may have many revelations, and have power to do many mighty works, yet, if he boasts in his own strength, and sets at naught the counsels of God, and follows after the dictates of his own will and carnal desires, he must fall and incur the vengeance of a just God upon him.

Behold, you have been entrusted with these things, but how strict were your commandments; and remember also, the promises which were made to you, if you did not transgress them; and behold, how oft you have transgressed the commandments and the laws of God, and have gone on in the persuasion of men; for behold, you should not have feared man more than God, although men set at naught the counsels of God, and despise His words, yet you should have been faithful, and He would have extended His arm, and supported you against all the fiery darts of the adversary, and He would have been with you in every time of trouble.

Behold thou art Joseph, and thou wast chosen to do the work of the Lord, but because of transgression, if thou are not aware thou wilt fall; but remember, God is merciful, therefore, repent of that which thou hast done, which is contrary to the commandment which I gave you, and thou art still chosen, and art again called to the work; except thou do this, thou shalt be delivered up and become as other men, and have no more gift.

And when thou deliverest up that which was sacred into the hands of a wicked man, who has set at naught the counsels of God, and has broken the most sacred promises which were made before God, and has depended upon his own judgment, and boasted in his own wisdom; and this is the reason that thou hast lost thy privileges for a season; for thou hast suffered the counsel of thy director to be trampled upon from the beginning. Nevertheless My work shall go forth; for inasmuch as the knowledge of a Savior has come into the world, through the testimony of the Jews, even so shall the knowledge of a Savior come unto My people, and to the Nephites, and the Jacobites, and the Josephites, and the Zoramites, through the testimony of their fathers; and this testimony shall come to the knowledge of the Lamanites, and the Lemuelites, and the Ishmaelites, who dwindled in unbelief because of the iniquity of their fathers, whom the Lord has suffered to destroy their brethren, the Nephites, because of their iniquities and their abominations; for this very purpose are these plates preserved which contain these records, that the promises of the Lord might be fulfilled, which He made to His people; and that they might know the promises of the Lord, and that they might believe the Gospel, and rely upon the merits of Jesus Christ, and be glorified through faith in His name; and that through their repentance they might be saved. Amen. (History of the Church, Vol.. I, pp. 21-22

Following Joseph’s ordeal, and after the plates had been returned to him, he inquired of the Lord as to the work of the translation. He was granted the following revelation, which then alters the course of future translation.

Now, behold I say unto you, that because you delivered up those writings which you had power given unto you to translate by the means of the Urim and Thummim, into the hands of a wicked man, you have lost them;

And you also lost your gift at the same time, and you became darkened;

Nevertheless, it is now restored unto you again; therefore see that you are faithful and continue on unto the finishing of the remainder of the work of translation as you have begun.

Do not run faster or labor more than you have strength and means provided to enable you to translate, but be diligent unto the end:

And for this cause I said he is a wicked man, for he has sought to take away the things wherewith you have been entrusted, and he has also sought to destroy your gift;

And because you have delivered the writings into his hands, behold, wicked men have taken them from you;

Therefore you have delivered them up, yea, that which was sacred, unto wickedness.

And, behold Satan hath put it into their hearts to alter the words which you have caused to be written, or which you have translated, which have gone out of your hands;

And, behold, I say unto you, that because they have altered the words, they read contrary from that which you translated and caused to be written,

And on this wise the devil has sought to lay a cunning plan that he may destroy this work; for he hath put it into their hearts to do this, that by lying they may say they have caught you in the words when you have pretended to translate.

Now, behold, they have altered these words, because Satan saith unto them, He hath deceived you-and thus he flattereth them away to do iniquity, to get thee to tempt the Lord thy God.

Behold, I say unto you that you shall not translate again those words which have gone forth out of your hands; for, behold, they shall not accomplish their evil designs in lying against those words. For, behold, if you should bring forth the same words they will say that you have lied, that you nave pretended to translate, but that you have contradicted yourself;

And, behold, they will publish this, and Satan will harden the hearts of the people to stir them up to anger against you, that they will not believe my words.

Thus Satan thinketh to overpower your testimony in this generation:

But, behold, here is wisdom, and because I show unto you wisdom and give you commandments concerning these things, what you should do, show it not unto the world until you have accomplished the work of translation.

Marvel not that I said unto you, here is wisdom, show it not unto the world; ..." (Doctrine and Covenants, D&C 10)

Instead of citing only the first paragraph on page xiv, Volume I, COMMENTARY ON THE BOOK OF MORMON, we publish it in full. It is summed up in a few words.

The wisdom and foreknowledge of the Lord was manifest in the early part of his latter-day work. Martin Harris, than whom, perhaps, there was none other more ready and willing to help the cause than he, in his anxiety to prove to his friends and his relatives that Joseph Smith had the plates, the possession of which he claimed and the work was of God, prevailed upon the Prophet to let him show the first 116 pages of the manuscript to them. These pages were lost. Were it not for the wisdom of him, “Who knoweth all things,” an insurmountable difficulty may have arisen. The pages lost covered the same period of time as was covered by the Smaller Plates. In other words, a double record was had of these times. Can we imagine of anything more wise or more “foreknowing than this?”