A Bible! A Bible! 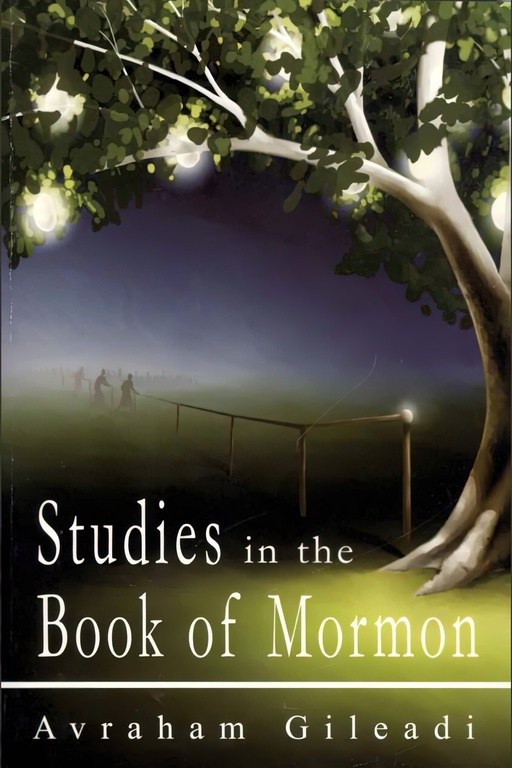 Many Book of Mormon prophecies, such as the nearly five entire chapters Nephi devotes to the “last days—when the Lord God shall bring these things [the Book of Mormon] forth unto the children of men” (2 Nephi 26:14–30:18)—contain passages we can take two ways. While undoubtedly the main reason for this is to “test the faith of my people” (3 Nephi 26:11), enough information is given for the reader to refine his or her thinking on important details.

Remember that the Book of Mormon consists of two parts—the present published work and the “sealed portion”—and that the sealed portion will also at some point come forth. We might ask, then, Does Nephi, or anyone else, provide some indication of how and when that may happen? It would be hard to imagine that Nephi, who has so much to say about the sealed portion, would leave the matter of its coming forth entirely blank.

Nephi does, in fact, give several clues. He says, “The revelation which was sealed shall be kept in the book until the own due time of the Lord, that they may come forth; for behold, they reveal all things from the foundation of the world unto the end thereof” (2 Nephi 27:7, 10, 21; emphasis added; cf. Ether 3:24–27). The purpose of sealing up the book is to “preserve the words which thou [the translator] hast not read, until I shall see fit in mine own wisdom to reveal all things unto the children of men” (2 Nephi 27:22; emphasis added).

A scriptural analysis of the “own due time” of the Lord shows that that is the time when the Book of Mormon will go “unto the unbelieving of the Jews… that they may be persuaded that Jesus is the Christ,” in order that they may be restored to “the land of their inheritance” (Mormon 5:12–14); when “the fulness of my gospel shall be preached unto them [the Jews]; And they shall believe in me, that I am Jesus Christ,” at which time the Lord will “gather them together” and “give unto them again the land of their fathers for their inheritance” (3 Nephi 20:29–31); when the remnant of Jacob (Israel) will be “restored to the knowledge of the covenant” and “know their Redeemer, who is Jesus Christ,” and be “gathered in from the four quarters of the earth unto their own lands” (3 Nephi 5:23–26); when the Lord will bring forth the Book of Mormon “unto the Lamanites” (Enos 1:16); and when books others have written that are “sealed up… come forth in their purity… unto the house of Israel” (1 Nephi 14:26).

In commenting on Isaiah’s prophecy, Nephi says that when “the Lord will set his hand again the second time to restore his people from their lost and fallen state” the Jews will “believe in Christ, the Son of God, and the atonement, which is infinite for all mankind” (2 Nephi 25:16–18). Elsewhere, Jacob makes a similar statement: “The Messiah will set himself again the second time to recover them [the Jews]; wherefore, he will manifest himself unto them in power and great glory, unto the destruction of their enemies, when that day cometh that they shall believe in him” (2 Nephi 6:14). Nephi identifies the Jews’ being convinced that the Lord is the true Messiah with “a marvelous work and a wonder” (2 Nephi 25:17–18; cf. Isaiah 29:14; 2 Nephi 27:26).

The occasion when many Gentiles cry, “A Bible! A Bible!” Nephi also identifies as part of the “marvelous work” when the Lord “set[s] his hand again the second time to recover his people, which are of the house of Israel” (2 Nephi 29:1–3). Book of Mormon references to a great and marvelous work include the time when a great division occurs between believers and disbelievers that is “everlasting,” at which time the “whore of all the earth” is destroyed (1 Nephi 14:7–17); when the Lord God will “proceed to make bare his arm in the eyes of all the nations, in bringing about his covenants and his gospel unto those who are of the house of Israel,” at which time they will be “nourished by the Gentiles” (1 Nephi 22:8–11); when many Gentiles “will not believe in my words, who am Jesus Christ, which the Father shall cause him [‘my servant’] to bring forth unto the Gentiles” (3 Nephi 21:9–11); and when the Three Nephites perform such a work “before that judgment day” (3 Nephi 28:32; cf. 4 Nephi 1:5).

Consistent with this scenario, types of “great and marvelous” works in the Book of Mormon include the conversion of the Lamanites by the sons of Mosiah (Alma 26:3, 15) and the final destruction of the Nephites (Mormon 8:7).

Because the sealed portion of the Book of Mormon contains the Brother of Jared’s vision of the end from the beginning and is much larger than the present edition, it more fully resembles a Bible. Considering the prophecies associated with its coming forth—the conversion of the Jews and all the house of Israel, their gathering in a new exodus from the four corners of the earth, and the destruction of the wicked—we could regard the Gentiles’ rejection of the Book of Mormon in Joseph Smith’s day as the type of an even more dramatic rejection by the Gentiles still future.

In view of the abundance of scriptural evidence just cited, therefore, which of these two latter-day events would more fully correspond to the Gentiles’ response, “A Bible! A Bible!”? Of the two ways in which we can interpret this prophecy, do we accept what the Book of Mormon is actually telling us or do we subscribe to current popular opinion? Our answer to this question will evidently impact immensely which category of Gentiles we belong to.

Studies in the Book of Mormon