“Women Shall Take Hold of One Man” 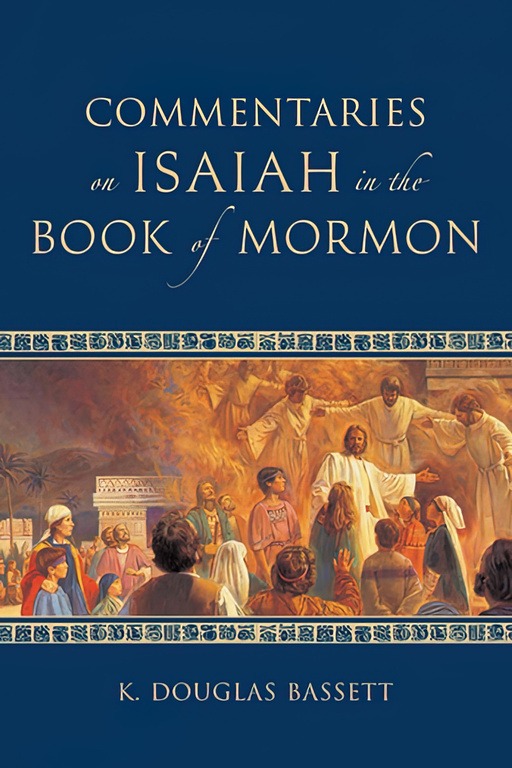 “In that day,” (14:1) when the judgments will have removed so many men that there is a great scarcity of them, “seven women” (meaning simply a lot of women) will request a man’s hand in marriage. Economic problems will be such that these women will be willing to provide their own food and clothing, contrary to the usual marriage customs. According to the Hebrew scriptures (Ex. 21:10), a man was required to provide a wife with food and clothing; but in this case Isaiah observes that the women are willing to waive that right. Having a good knowledge of the importance of marriage, they request a man to take away their reproach. In Isaiah’s day and, indeed, in many parts of the Near East today, it was and is a disgrace to remain unmarried.

In a Semitic society, the greatest disgrace for a woman was to be barren. Isaiah describes a time when women will support themselves financially, but seek a husband who will make it possible for them to achieve the honor of motherhood.

Many years ago I attended a large gathering of Church members in the city of Berlin, Germany… . The majority of those who sat on crowded benches were women about middle age—and alone. Suddenly it dawned on me that perhaps these were widows, having lost their husbands during World War II… . So I asked the conducting officer to take a sort of standing roll call. When he asked all those who were widows to please arise, it seemed that half the vast throng stood. Their faces reflected the grim effect of war’s cruelty. Their hopes had been shattered, their lives altered, and their future had in a way been taken from them.

The JST and the Hebrew Bible place this verse in the previous chapter, where it fits the context much better. This condition will result from the war described in Isaiah 3:25–26. While this verse has been interpreted by some as a prophecy of plural marriage in the Church, a close examination will show that it refers to the world, not the Church. The offer of marriage as described by Isaiah is not in keeping with the law of plural marriage as revealed in the Doctrine and Covenants. The proposal to marry (or merely live together) is made here by the woman. Under the Lord’s law, the man would initiate the marriage (see D&C 132:58–61). The women described by Isaiah volunteer to remain economically independent rather than make the man responsible for their care while they multiply and replenish the earth, as under the Lord’s law (see D&C 132:63 and Jacob 2:30). The innate desire of the woman to be a wife and a mother is noted in the phrase to take away our reproach. To be childless was considered a reproach in ancient Israel (see Luke 1:25 and Gen. 30:23).

Seven women. The headnote to the chapter in the LDS edition of the Bible places this prophecy in the Millennium. Because war has claimed the lives of many of the men of Jerusalem (identified in Isa. 3:25), the ratio of men to women is unequal. Thus seven women will take hold of one man. The number seven may be literal or symbolic.

Eat our own bread/wear our own apparel. It is the husband’s duty to provide for his bride (Ex. 21:10–11), but in this prophecy Isaiah indicates that the seven women will provide for themselves.

reproach. This word means disgrace caused by the barrenness of the womb (Gen. 30:23; Luke 1:25), a result of not having a husband.

When a large part of the male population shall have been exterminated by war and its concomitants, seven women shall offer themselves to one man… . In the old times a woman, as a rule, considered it unfortunate not to have the privilege of motherhood. See the story of Rachel in the Old Testament, Gen. 30:33; or, in the New Testament, Elisabeth the mother of John the Baptist, Luke, 1:25. The misfortune must have been felt more keenly at a time when the population had been practically decimated. A plurality of wives in one household, under the protection of one man may, according to this prophetic utterance, be a more desirable arrangement than one by which six women of every seven are excluded from the joys and responsibilities of a mother. It is no defense of lawlessness to say that under similar circumstances the same remedy might be applied again. But only by divine revelation through the Prophet authorized to speak for the Lord. (See Jacob 2:27–30; D&C 43:2–6.)

I had been reading the revelations … [when] a strange stupor came over me and I recognized that I was in the Tabernacle at Ogden. I arose to speak and said … I will answer you right here what is coming to pass shortly… . I then looked in all directions … and I found the same mourning in every place throughout the Land. It seemed as though I was above the earth, looking down to it as I passed along on my way east and I saw the roads full of people principally women with just what they could carry in bundles on their backs … It was remarkable to me that there were so few men among them… . Wherever I went I saw … scenes of horror and desolation rapine and death … death and destruction everywhere. I cannot paint in words the horror that seemed to encompass me around. It was beyond description or thought of man to conceive. I supposed that this was the End but I was here given to understand, that the same horrors were being enacted all over the country… . Then a voice said “Now shall come to pass that which was spoken by Isaiah the Prophet ‘That seven women shall take hold of one man saying …’” (Journal of Wilford Woodruff, June 15, 1878, Historical Department, The Church of Jesus Christ of Latter-day Saints, Salt Lake City.)